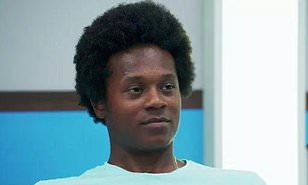 A 24-year-old bartender over in England (who is a brother – Black) has admitted to never cleaning his penis in a bizarre report from the Daily Mail. The man – known only as Zach – claims to have girls “throwing themselves at him” and that he has had sex with some 40 women in recent years.After so many sex-capades, Zach finally visited Dr. Naomi Sutton of hit show “The Sex Clinic” after feeling his penis had “failed him” when he became unable to “finish”’ due to his foreskin being too tight. According to the story, the dude thought his penis may still be growing, with his foreskin being unable to keep up.

Yikes! However, Dr. Naomi revealed Zach had a serious case of smegma, a build up of dead skin, oil and moisture, which was making his foreskin too sensitive to pull back.  Zach also admitted to having a host of STDs. He told the medic he was unaware he was meant to clean down below. Zach Went to a clinic complaining of having a nasty smell, as well as pain and irritation at the tip of his penis, for the past six-to-nine months.Finally, Zach departed from Nurse Sarah at the clinic, whose advice to the 20-somethong lover boy was: “If you take nothing away today, just this, wash your penis darling’.”

When White Privilege Goes Wrong: Cop Shot Herself And Said Black Man Did It Gets 15 years