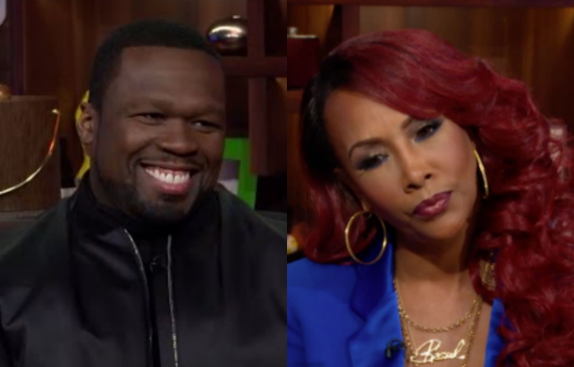 We all remember the infamous battle between 50 Cent and Vivica Fox this year right? The actress appeared on Watch What Happens Live with Andy Cohen to promote her role on Empire and things got crazy when she said 50 Cent’s XXL Cover with Soulja Boy looked a bit suspect meaning gay.

Thursday night 50 Cent got his chance to make a statement when he returned to the show. He and Leah Remini seemed to have a great time. Now you guys already know Andy had to relive the moment bring Vivica up to the rap star. Leah wanted to know what happen and 50 repeated the clap back he posted via social media,

“Because I Let Her Lick My Ass, She Thinks I’m Gay”

Check out the video below!