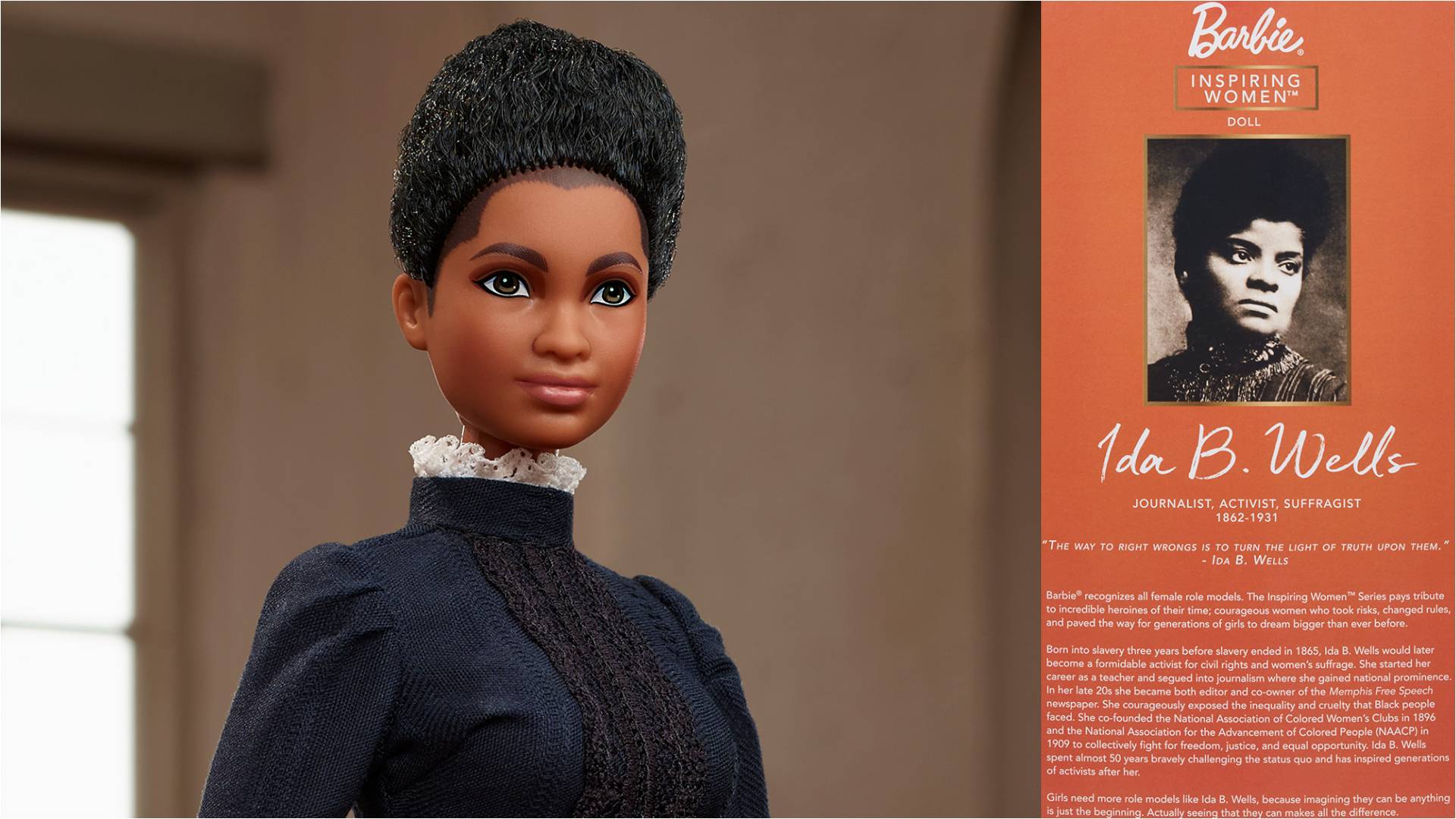 Barbie is introducing a new doll inspired By Ida B. Wells.

Barbie’s Twitter post stated a quick review of who Ida B. Wells roles in bettering society for both Black people and women:

“#Barbie honors Ida B. Wells in the Inspiring Women series, spotlighting heroes who inspire us to dream big. Born into slavery, she was a journalist, activist & suffragist, telling the stories of injustices that Black people faced in her lifetime. At major retailers by 1/17.”

“The way to right wrongs is to turn the light of truth upon them.

#Barbie is proud to honor the incredible Ida B. Wells as the newest role model in our Inspiring Women series, dedicated to spotlighting heroes who paved the way for generations of girls to dream big and make a difference.

Born into slavery, Ida grew to become a journalist, activist, and suffragist – bringing light to the stories of injustice that Black people faced in her lifetime, and co-founding several organizations including the NAACP.

When kids learn about heroes like Ida B. Wells, they don’t just imagine a better future – they know they have the power to make it come true. Available at major retailers by January 17th.”

Barbie is Evolving! Who is getting one for their child?

Related Topics:BarbieIda B Wells
Up Next