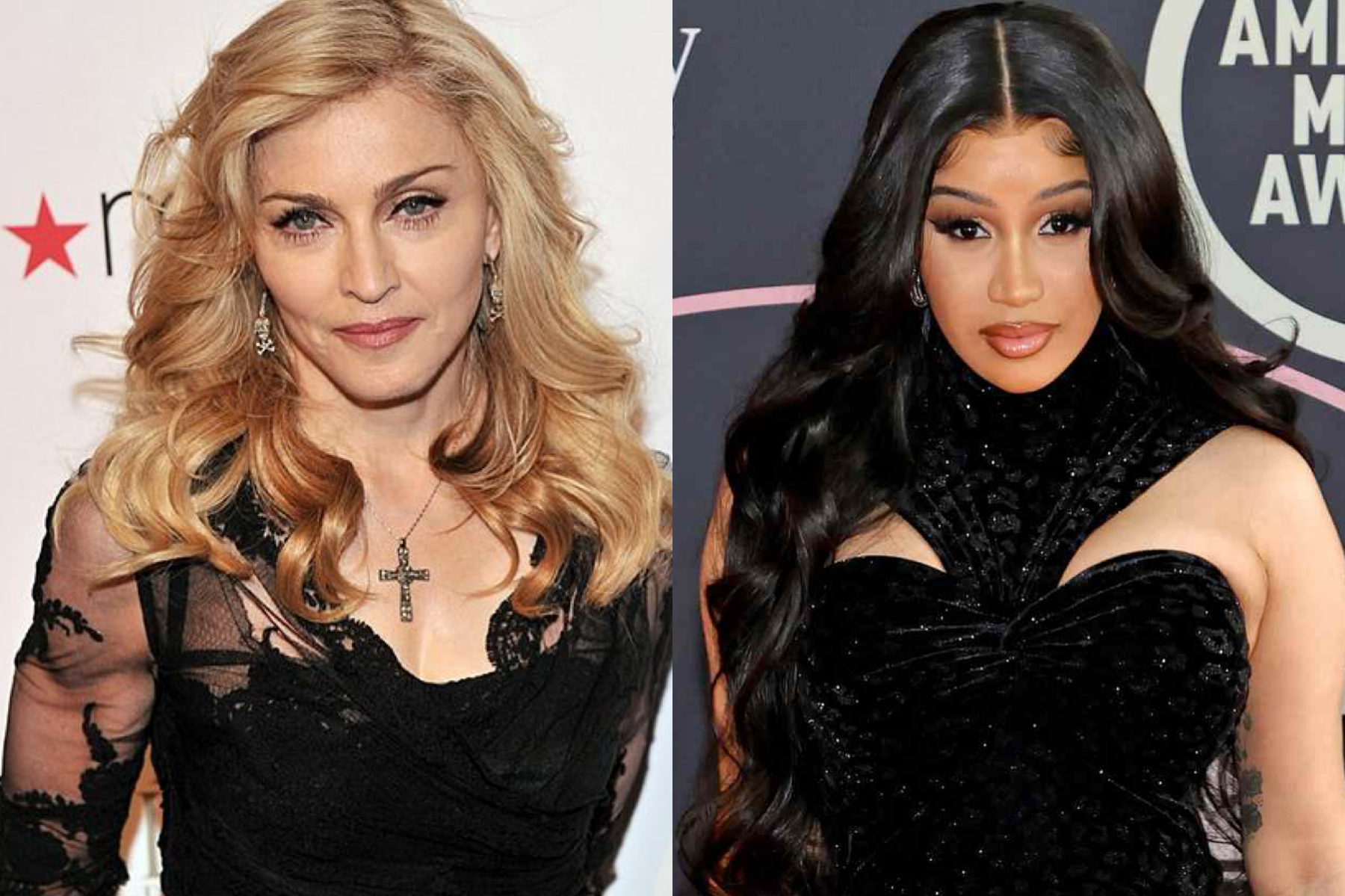 Let’s talk about it! Madonna took us 30 years back on memory lane when she posted about her SEX book she wrote in 1992 release alongside her Erotica album.

30 years ago I published a book called S.E.X. In addition to photos of me naked there were photos of Men kissing Men, Woman kissing Woman and Me kissing everyone. I also wrote about my sexual fantasies and shared my point of view about sexuality in an ironic way,” she wrote.

“I spent the next few years being interviewed by narrow minded people who tried to shame me for empowering myself as a Woman,” Madonna continued in her note on Instagram. “I was called a whore, a witch, a heretic and the devil.”

“Now Cardi B can sing about her WAP. Kim Kardashian can grace the cover of any magazine with her naked ass and Miley Cyrus can come in like a wrecking ball,” Madonna said. “You’re welcome b—-es.”

So now here come Cardi B claiming she feels disrespected because Madonna mentioned her and used a clown emoji and bitches. Madonna used Cardi’s controversial ”WAP” song as an example because Madonna clearly a pioneer for woman being able to sexually express themselves freely and kick down the doors for songs like ”WAP” being released today. The clown emoji and word bitches was clearly more aimed at society and the press who criticized her 30 years ago not specifically Cardi. It’s just starting to seem as if Cardi B starts with certain legends and icons to gain clout. Madonna was clearly not being malicious. Meanwhile, Cardi is wilding for respect on Twitter and promoting Offset’s album. A few hours later here come Cardi claiming she spoke to Madonna and everything is all good in the hood now. Just seems calculated and done on purpose if you asked me. And if she was legit offended then that means she lacks reading comprehension skills and should quit rapping and enroll back into elementary school.

NLE Choppa Got Social Media Buzzing After Showing Off His Print