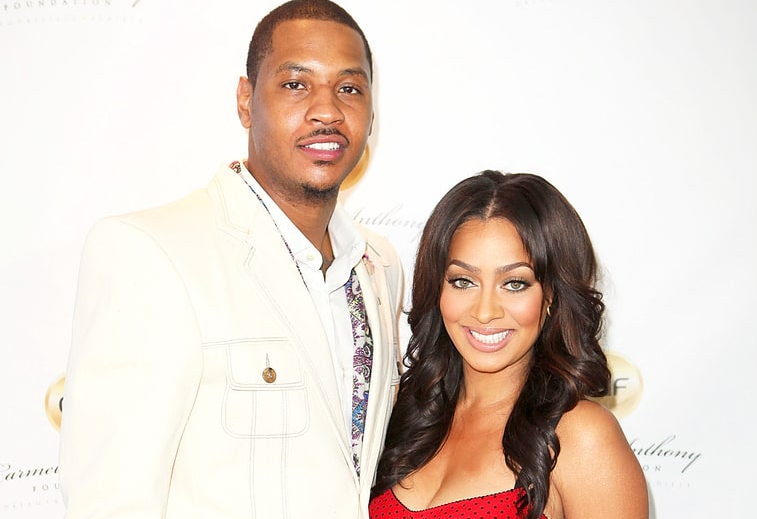 Word on the street is that Carmelo and La La Anthony are separated. According to TMZ, a close source to the couple tell the two are currently living in separate residence. They say La La moved out of the family home last week and has her own place in New York City. The have had their share of problems but the current NBA season is what has been causing stress on the married couple for months now. There are talks of Carmelo being traded to another team. The couple was together just this past weekend at their son Kiyan’s basketball game. Nothing has been confirmed yet so we will keep you guys updated.

La La Divorcing Carmelo Anthony Because He Got A Stripper Pregnant?

Tiny & Bernice Burgos Battle It Out Once Again On Instagram Over T.I.