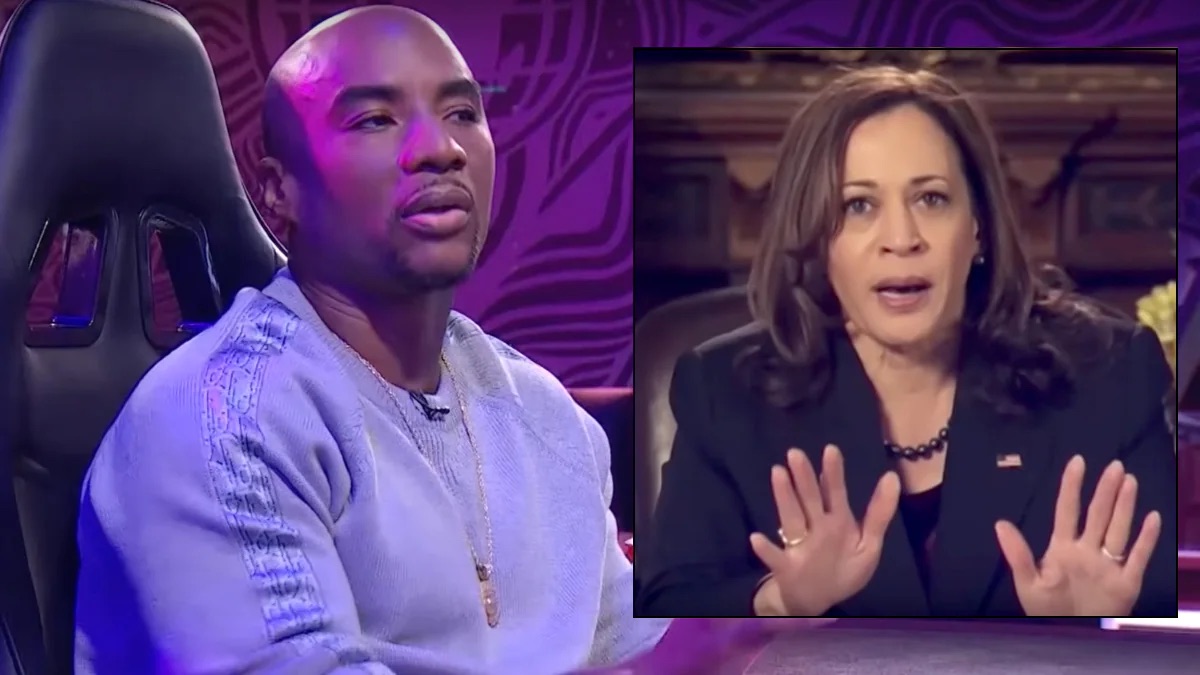 Charlamgne the God is always up for some drama. This time around he invited Kamala Harris over for a chat. Some tension arose when Charlamagne asked her whow as the axtual president.

“Come on, Charlamagne. It’s Joe Biden. No, no, no, no. It’s Joe Biden. And don’t start talking like a Republican, asking whether or not he’s president. It’s Joe Biden,” said Harris. “And I’m vice president and my name is Kamala Harris. And the reality is because we are in office, we do things like the child tax credit, which is going to reduce Black child poverty by 50 percent.”

“It is the work of saying we’re going to get lead out of pipes and paint because our babies are suffering because of that. It is the work of saying people who ride public transit deserve the same kind of dignity that anybody else does. So, let’s improve that system.” She added, “I hear the frustration, but let’s not deny the impact that we’ve had and agree also that there is a whole lot more work to be done and it is not easy to do. But we will not give up and I will not give up.”