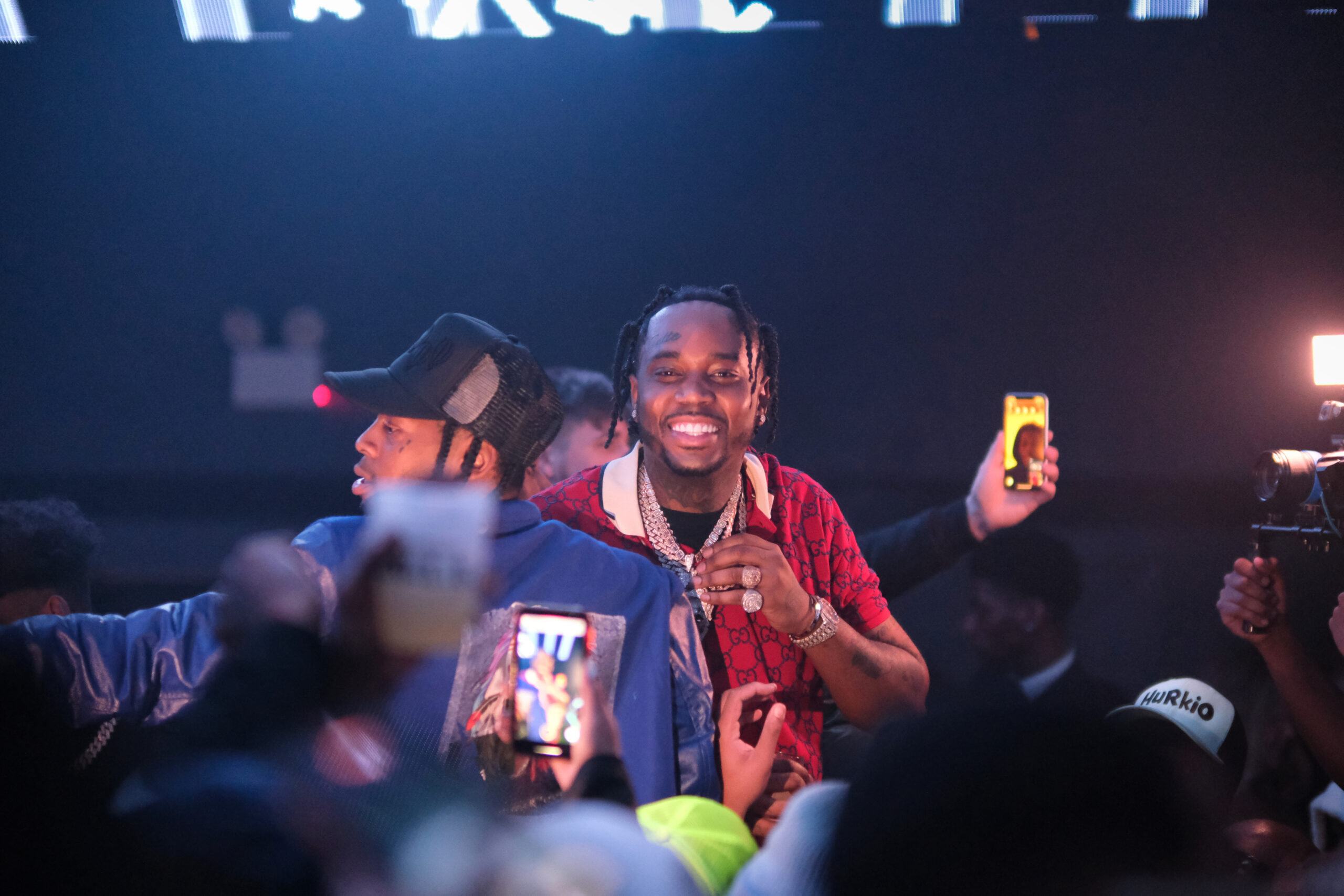 When Fivio Foreign said “everything is viral and that’s how I leave it,” he meant it.

The Brooklyn rapper dropped his first album ‘B.I.B.L.E’ and it has everyone in a frenzy!”

Columbia Records threw a listening party at Nebula Lounge NYC  in celebration of the new project; introducing the 32 year old rapper’s story to the world. In attendance was Queen Naija, who’s featured on the album, Jim Jones, Maino, and DJ Enuff.

Since the rapper’s breakout single ‘Big Drip,’ in 2019; Fivio has been living the life of an artist, facing trials and tribulations that he shares within his music.

Songs on his debut album, such as, ‘Confidence,’ ‘Feel My Struggle,’ and ‘Changed On Me’ are just a few singles that express his grind and hustle, battling internal demons, the late Pop Smoke and pursuing wins. He also samples Destiny Childs’ ‘Say My Name,‘ track collabing with Queen Naija and Coi Leray on the single, in addition to ‘Love Songs,’ with Ne-Yo.

B.I.B.L.E is out now on all streaming platforms. Check out the vibes from listening party below.