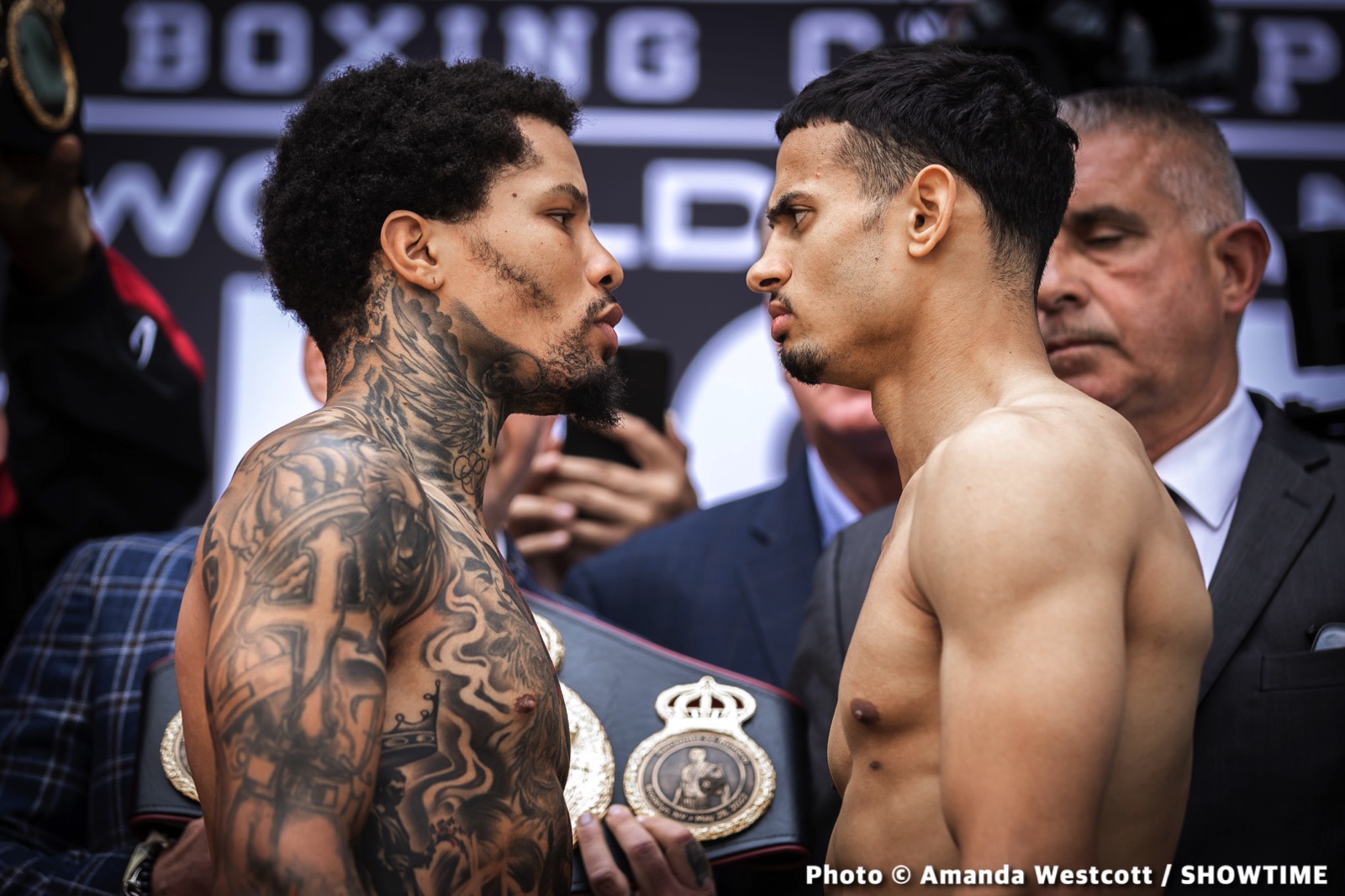 Gervonta “Tank” Davis and Rolando Romero are set to face off in the ring on Saturday, May 28. The two have been talking hella $hit to one another for the past few years. You guys know saying don’t talk about it but be about it. Well things got a bit out of hand during the weigh in when Davis decided to push Romero off the stage.

When asked about what happened in the post-weigh-in interview, Davis said “I just hit him, like, on the edge of the stage. I just pushed him, like, to get in his head. He talks too much.”

Romero also spoke after the weigh-in and said, “Motherf*cker pushed me, as simple as that.” “He’s scared! He’s afraid, I’m a f*ckin’ alpha compared to him. He’s a b*tch for that. He could have f*cked up the fight, I could have twisted an ankle or some sh*t. But I got some crazy-ass reflexes.”

“We Outside” with Jim Jones aka Capo and Maino …..for #LOBBYBOYZ Album Release Party!