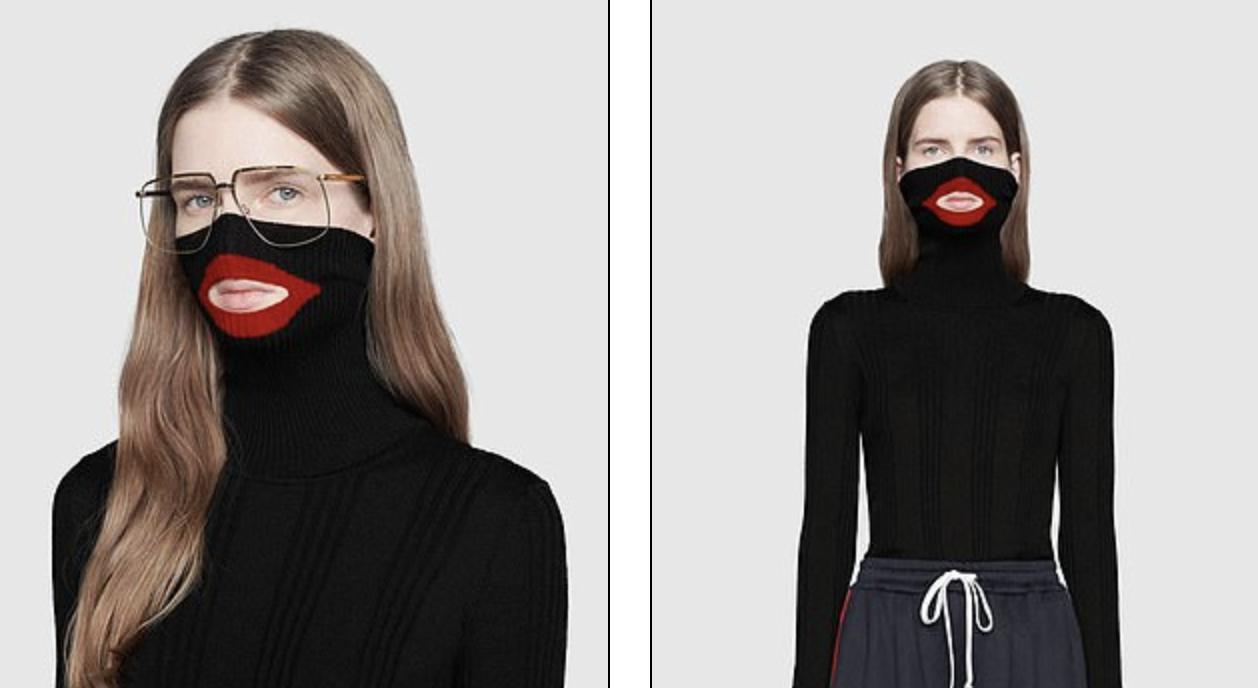 Social media jumped all over high-end fashion brand Gucci after it issued a sweater that twitter followers said looked like a blackface. The so-called “racist” sweater was pulled from retail immediately. On its Twitter account, Gucci “deeply apologized for the offense caused by the wool balaclava jumper.”

The blackface controversy is heavy in the news right now, as Gov. Ralph Northam (D – Virginia) is under pressure to resign after admitting to dressing in blackface to impersonate Michael Jackson and allegedly in a photo in his college year book. The black sweater, featuring a roll-up collar that covers the lower face with a wide red lip outline around the mouth, was part of Gucci’s Fall Winter 2018 line. Its price was $890. Social media lit up with comments.

And it didn’t go unnoticed that this happened during Black History Month!

Lusive “On The Low” ft. Nav