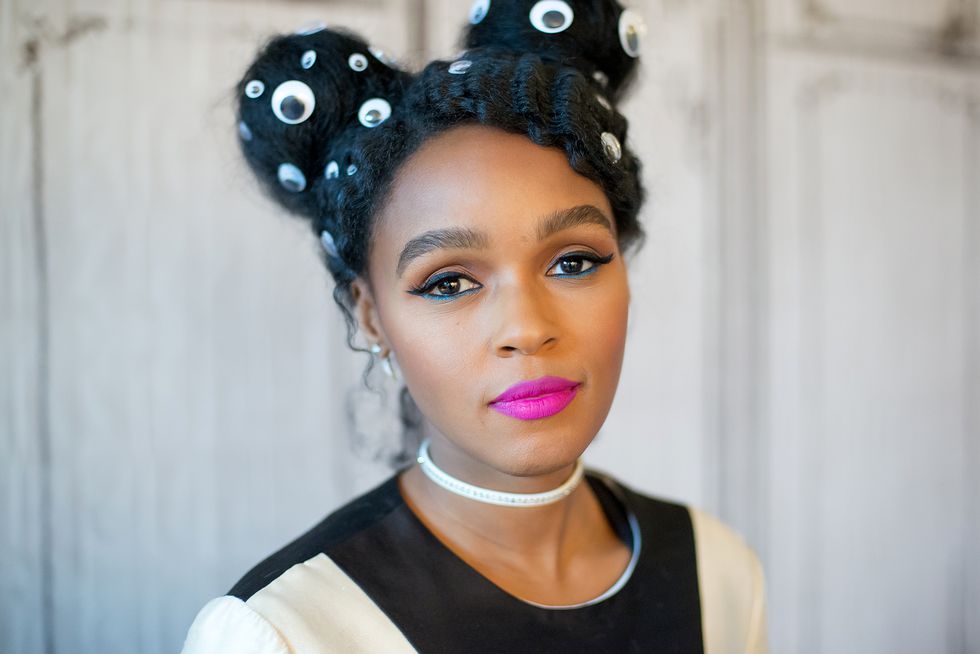 We all have wondered if Janelle Monae was gay or straight over the years and she has now decided to be free and let is all know what the deal is.

In a Rolling Stone cover story, Janelle Monáe came out as “pansexual.” After identifying as bisexual, Monáe says that once she read about pansexuality, she realized: “ ‘Oh, these are things that I identify with too.’ I’m open to learning more about who I am.”

If this is the first time you’ve heard this term, let us translate.

GLAAD puts pansexuality under the bisexual umbrella, defining the term as “anyone attracted to people of all genders or sexes, or regardless of sex or gender.” Pansexuality is a more expansive label than bisexual, including attraction beyond the male-female gender binary, to include those who are trans, gender-fluid, androgynous, intersex and more.

People define “pansexual” in varying ways. For example, sexologist Carol Queen tells Vogue Magazine that “pansexual people do not desire everybody, they just don’t rule a person out because of gender,” adding that “there is no exact definition of this term.”

Rolling Stone notes that Monáe has long dodged questions about her sexuality, saying “I only date androids” and characterizing herself as “sexually liberated” rather than slapping a label on her sexuality. But deeper clues are present in her music, she says. “If you listen to my albums, it’s there,” Monáe adds, citing “Mushrooms & Roses” and “Q.U.E.E.N.,” which mention affection for a character named “Mary.”

Monáe isn’t the first celebrity to come out as pansexual; Jazz Jennings, Angel Haze, Laci Green and Miley Cyrus also identify as pansexual. For example, rapper Haze defines pansexual as “just want[ing] love. To have a connection with anyone you can find it with,” regardless of gender.

In Rolling Stone, Monáe doesn’t define what pansexuality means to her but says that she wants to be a role model for anyone struggling with their sexuality. “I want young girls, young boys, nonbinary, gay, straight, queer people who are having a hard time dealing with their sexuality, dealing with feeling ostracized or bullied for just being their unique selves, to know that I see you,” she says. “This album is for you. Be proud.”

Related Topics:Janelle Monae
Up Next

Kelis Reveals That She Divorced Nas Because He Was Physically Abusive