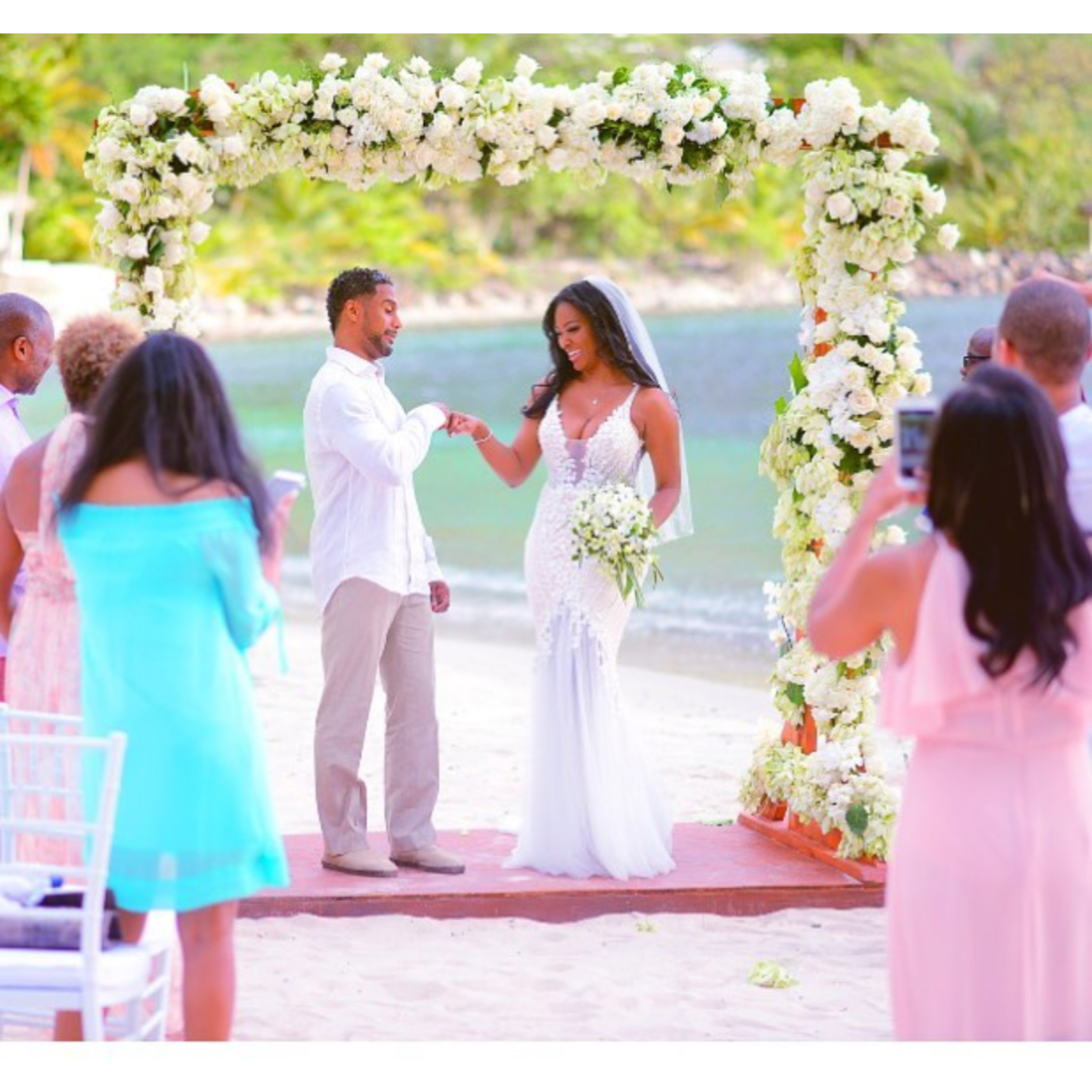 Kenya Moore is taking twirls around her ex Matt Jordan when it comes to making sure he stays as far away from her and her new hubby as possible.

We’re sure Matt was just as surprised as us to hear that his ex boo had randomly gotten married to a mystery man and let’s just say Matt has went off on Kenya in the past for less.

Well we’re guessing to ensure that no one goes missing or catches any further cases, a judge granted Kenya and her new boo, Marc, a permanent restraining order against her ex.

According to Bossip, Matt is now forced to stay at least 200 ft away from the couple for a year after he failed to appear during their court appearance. This means Matt will also be barred from appearing on RHOA as well.

Peter Thomas may want to look into filing next …

The Gag: Milan Christopher Makes A Full Eggplant Debut On Paper Magazine And Claims BET Barred Him From The Awards Because He’s Gay

It’s Only A Wedding: Kenya Moore Finally Gets Married