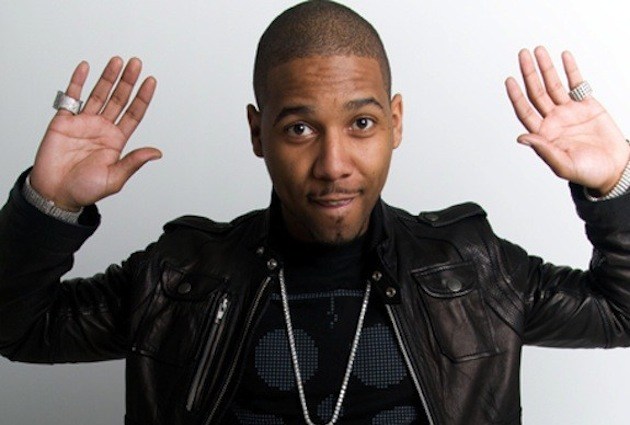 Juelz Santana got himseld into some serious trouble this weekend when he got caught by authorities with a gun at Newark airport. The rapper fled from the airport getting into a cab and leaving his belongings behind. He turned himself in on Sunday.

Rapper Juelz Santana will remain in federal custody pending a preliminary hearing on charges he attempted to carry a handgun aboard a plane leaving from Newark Liberty International Airport, a magistrate judge ruled Monday.

Santana, a Totowa resident whose legal name is Laron James, appeared in court wearing a black long-sleeve T-shirt and sweatpants Monday afternoon, just hours after he was taken into custody by Port Authority police detectives.

When Magistrate Judge Joseph Dickson asked James if he understood his rights, the rapper replied only, “Yes, sir.”

In a criminal complaint filed in U.S. District Court, an FBI task force officer wrote that James had been waiting to board a flight from Newark to San Francisco on Friday when security personnel discovered a .38-caliber derringer pistol in his carry-on bag.

When the bag was pulled aside for additional screening, the investigator said, James left the airport without his belongings or identification.

In addition to attempting to bring a firearm on board an aircraft, Latzer said, James is charged with possessing a firearm as a convicted felon.

An assistant federal public defender stood in as James’ attorney during his initial appearance, but told the court James — best known for his 2005 single “There It Go (The Whistle Song)” — had retained private criminal defense attorney Brian Neary, who was unable to appear in court Monday afternoon.

“We’re gathering his information as quickly as possible to ask the judge to release Mr. James as we wait to review and defend the charges,” Neary told NJ Advance Media by phone after the hearing.

Dickson ordered James remanded to the custody of the U.S. Marshals Service pending a preliminary hearing on the charges scheduled for 2 p.m. on March 26.

Related Topics:Juelz Santana
Up Next