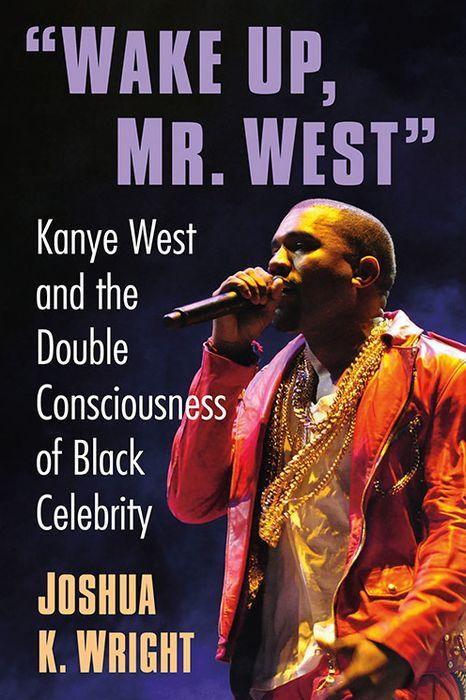 What is the first thing that comes to mind when thinking of Kanye West?

Well, whatever one thinks about him, it is impossible to deny that “Ye” has made an indelible mark on the worlds of music, pop culture and fashion. So much so, that his actions and words carry tremendous weight beyond the arts, including important social issues impacting the community that elevated him – the black community.

The icon that is Kanye West, is explored in great detail in the captivating and thought-provoking new biography, “Wake Up, Mr. West”: Kanye West and the Double Consciousness of Black Celebrity.” The book, written by Dr. Joshua K. Wright, a Hip Hop analyst, professor and podcast host (Woke History), will add more clarity to the journey of the music legend and billionaire. It will highlight the events leading to some of his biggest successes and public missteps that have been the source of both praise and ridicule….from his famous Yeezys to the head-scratching displays with former President Donald Trump.

Finally, the biography delves into the dual consciousness of black celebrities, who have to endure the pressures of garnering personal success in the mainstream world, while simultaneously representing and being a positive voice for their communities. As they say, with great success, comes great responsibility.

Related Topics:JoshuaWrightKanye West
Up Next