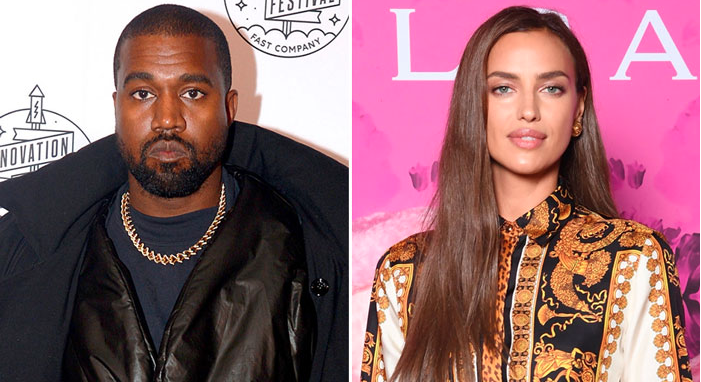 Looks like Kanye West just might be ready to get back out there in the dating world again. I’m sure that is not easy when your’e going through a divorce from Kim Kardashian. The Yeezy mogul is rumored to be dating Russian model Irina Shyak better known as Bradley Cooper baby mama. Shayk and actor Bradley Cooper broke up in 2019 after dating for four years. The two share a 4-year-old daughter.

Now the rumors of Kanye and Irina are not solid because one source claims maybe and another source say claims they are definitely dating. These two have a bit of history so it could be true. Back in 2010, Irina was featured as an angel in Kanye’s “Power” video. She also modeled in Yeezy’s show at Paris Fashion Week and was recently seen wearing a DMX tribute shirt that Kanye designed with Balenciaga. Additionally, Kanye also name dropped Shayk on 2010’s “Christian Dior Denim Flow.”