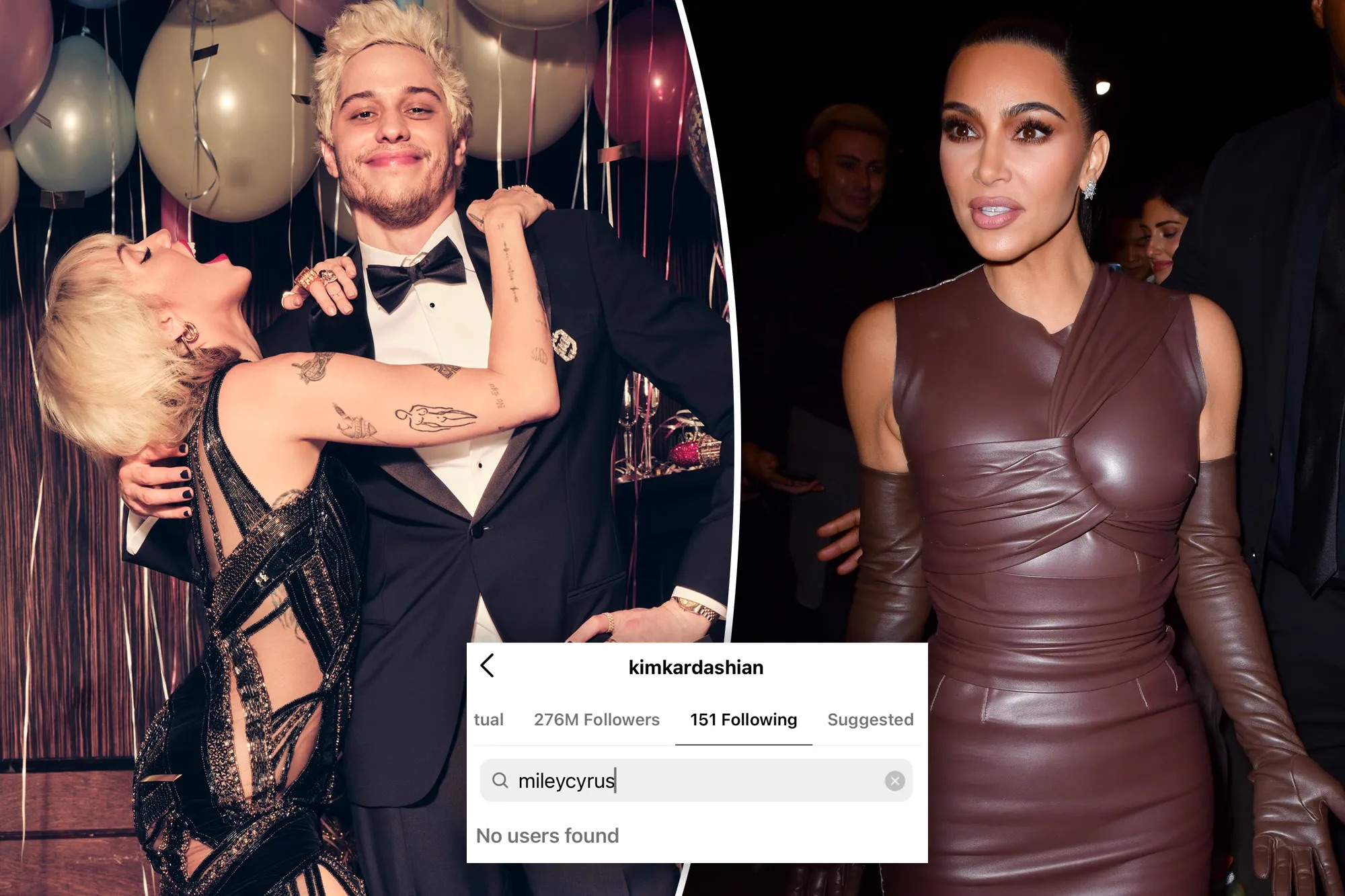 Kim Kardashian has unfollowed Miley Cyrus on Instagram after Pete performed with her at the New Year special. Miley Cyrus fan account, dubbed @MileyEdition, noted that Kardashian was following the “Wrecking Ball” artist’s IG account on Dec. 10 which was the same day Cyrus went to Davidson’s condo after their “Tonight Show” appearance.

Cyrus seemingly put the moves on Davidson while promoting the event, serenading him on “The Tonight Show” and singing, “It should have been me.” The lyrics could have been a shot across the bow of 41-year-old Kardashian, whom Davidson has been dating since October 2021.

Stay tuned for more on the trio.