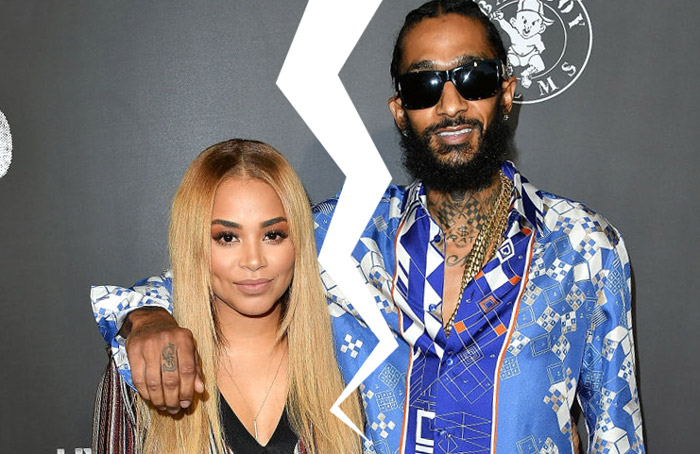 Lauren London and Nipsey Hussle have been together for a lil min now. However, that is over and done already. Today, Nipsey announced via Twitter that the couple have decided to break up. He says it was a mutual agreement and the two will co parent as a family to raise their son together. Now you already know this didn’t just come out the blue. Someone was cheating or one wanted marriage and the other didn’t. 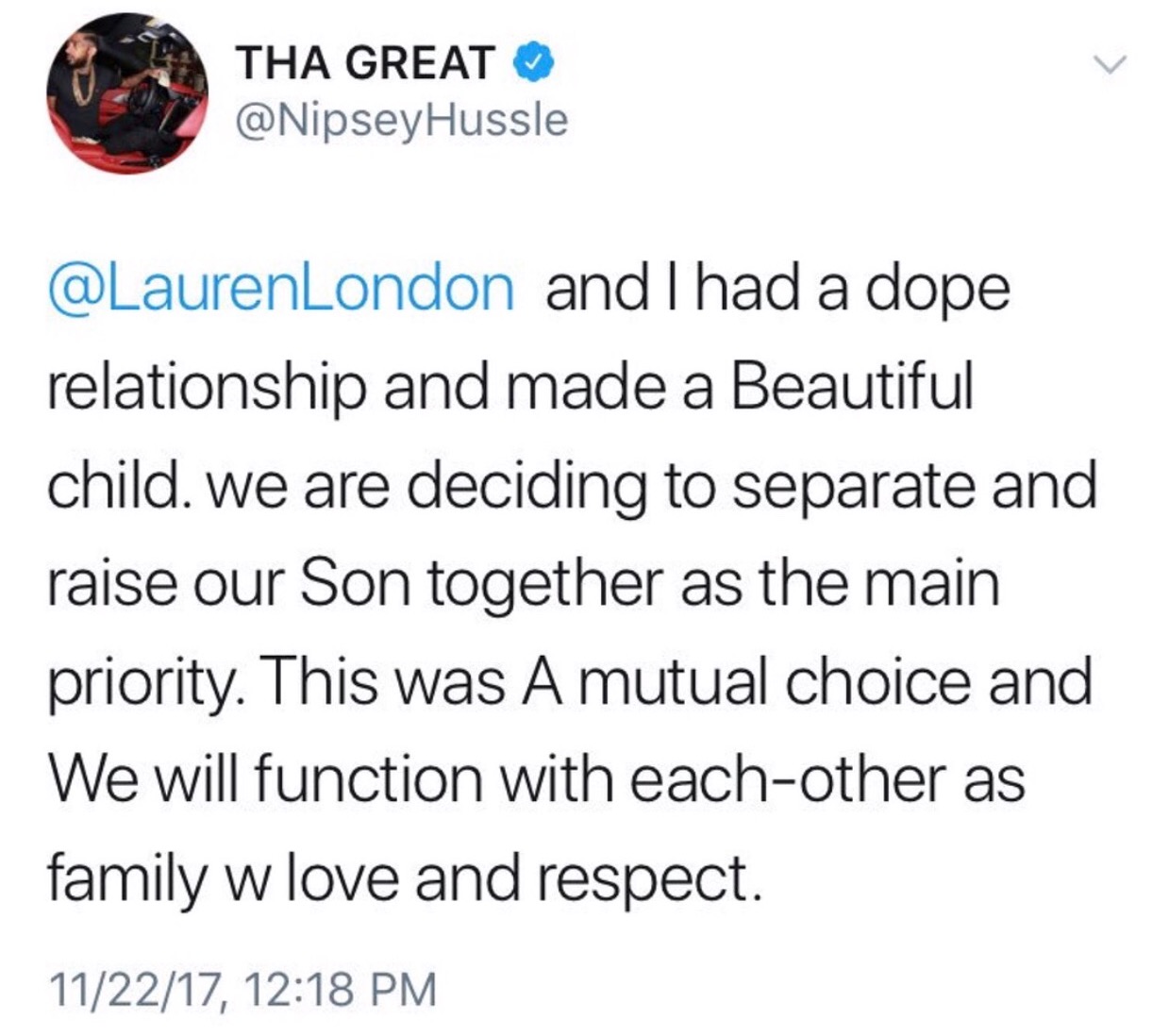