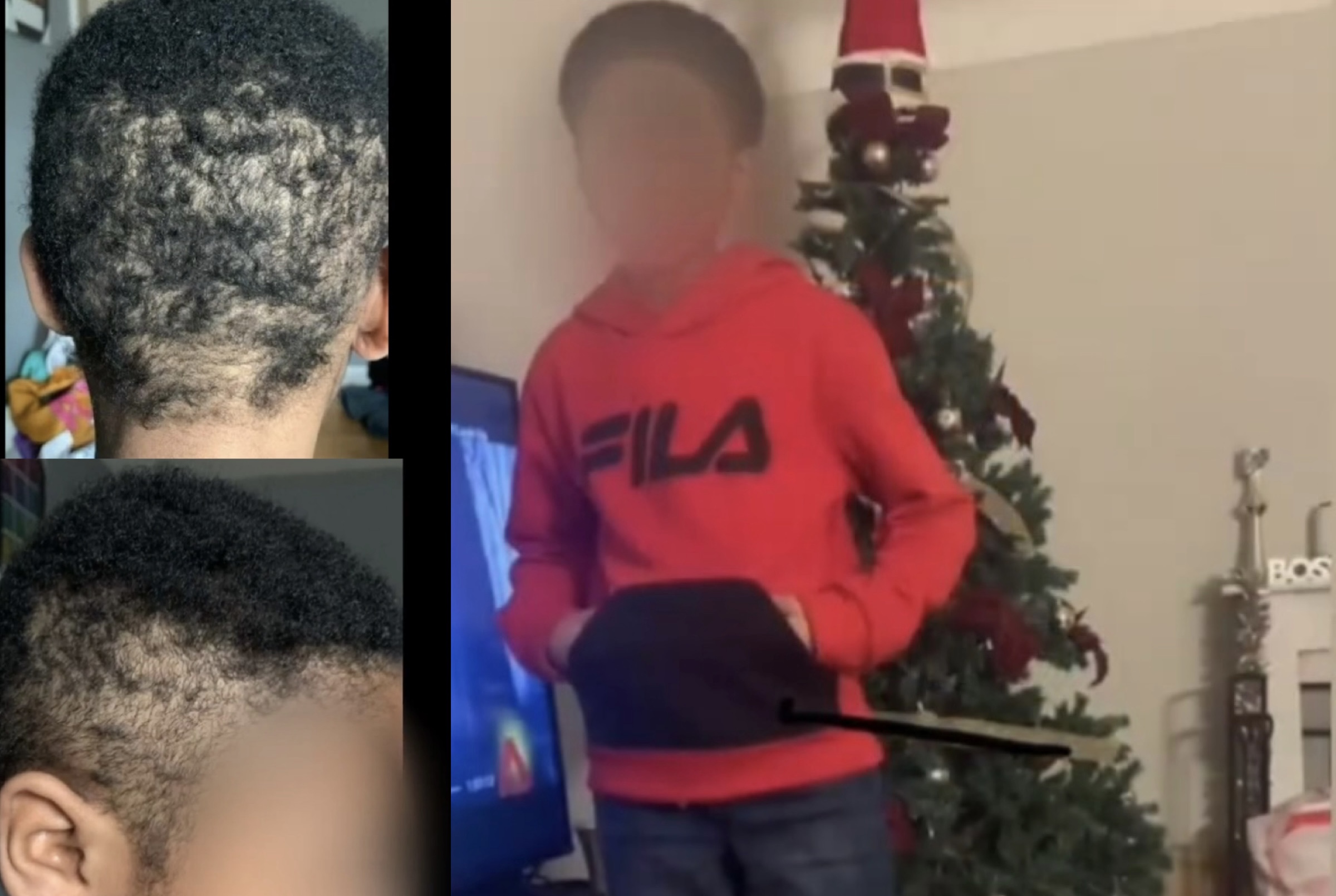 Daetney McReynolds appeared on CBS affiliate’s station, WCCO 4 news to address why no officials from her child’s the school notified them about cutting his hair without their permission.

“Are you guys going to be mad?” When asked him why would they be angry, he removed his hat to reveal the haircut.

“My teacher and me cut my hair,” the boy said. He told his parents that he had a breakdown about his hair. He wasnt satisfied with his “lining.” That’s when the teacher offered to help cutting the child’s hair with scissors.