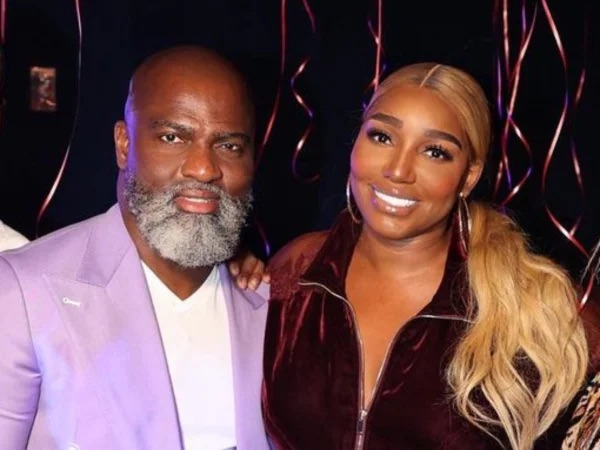 NeNe Leakes may have lost her man but he left her with promise to be happy. A Source close to NeNe has confirmed her new boyfriend makes her so happy and treats her like a queen. “She can’t stop smiling around Nyonisela,” a source tells PEOPLE of NeNe Leakes and her new boyfriend.

“She can’t stop smiling around Nyonisela. It’s still very new but she’s almost like a teenager with him, just light and giggly and feeling those new relationship butterflies,”

“It was obviously very hard for NeNe after Gregg’s death, but she had been his caretaker for so long, she really lost what it was like to have a partner who prioritizes you,” the source says. “Nyonisela treats her like a queen. He’s constantly fawning over her, showering her with compliments and putting her needs first. She couldn’t have found a better guy to be with after her loss.”

NeNe previously confirmed to The Shade Room that she and Sioh are dating, explaining that Gregg gave her his blessing to see other people. “I will love Gregg forever & ever! Grieving is hard! Even harder & depressing alone. Gregg and I had a very tearful conversation before his passing. His words to me were ‘be happy, keep smiling and he who finds you, has found a good one,’ “ she told the outlet.