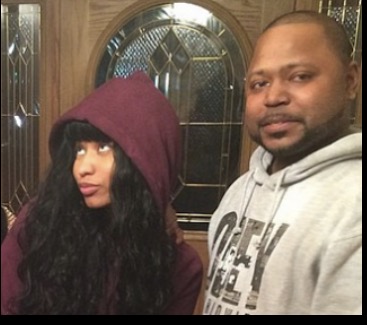 The child sex abuse case against Nicki Minaj’s brother seems to still be underway even though he wants it to disappear as quickly as possible.

Jelani Maraj’s lawyer has filed a motion to dismiss the predatory sexual assault against a child charge because he claims that it is almost identical to the sexual conduct against a child charge he was also slapped with. His lawyer argues that being charged with both is an “abuse of discretion” wants a judge to either charge him with one or the other.

Maraj’s attorney argued that prosecutors don’t have the right to charge Maraj with what appear to be identical charges. They either have to charge him with one or the other, and to move forward with both charges is an “abuse of discretion,” according to court papers obtained by BOSSIP. Schwartz said prosecutor’s move to charge Maraj with the similar crimes violated his constitutional rights.

Schwartz also filed a separate motion to have the case thrown out because he contends that Maraj’s right to a speedy trial had been violated because it’s been almost two years since Maraj was charged and he still hasn’t gone to trial.

Maraj wants his entire indictment thrown out, or at least the top charge of predatory sexual assault against a child.

A judge will rule on the motion next week, and Maraj is scheduled to head to trial next month.

To catch you up, Maraj was accused of sexually abusing a 12-year-old girl for over eight months back in 2015. The last assualt allegedly happened the day before he was arrested.

After being bailed out by his sister Nicki and evidence of his semen on the victim’s clothing,  Maraj denied a plea deal that would’ve held him in prison for 10 to 15 years.

If he loses his case he can’t face life in prison.