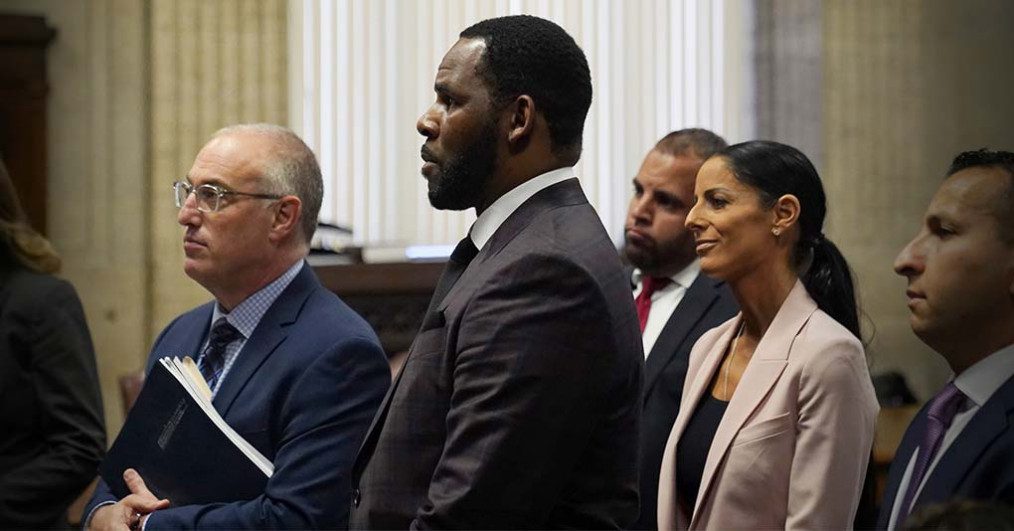 On Wednesday, R Kelly was found guilty on six of the 13 counts, including three child pornography counts and three counts of enticement of a minor to engage in criminal sexual activity by an Illinois federal jury.

His former business manager Derrel McDavid and former employee Milton “June” Brown were acquitted of all counts they faced. During the five week trial jurors heard from Kelly’s alleged victims who all testified that they were underage when Kelly began sexually abusing them. One witness known as “Jane” testified anonymously that Kelly sexually abused her and recorded them when she was just 14.

14 years ago a jury acquitted Kelly of child pornography charges. That case stemmed from a videotape that allegedly showed Kelly engaging in sex acts with “Jane.” Jurors in that trial said her refusal to testify played a major role in Kelly’s acquittal.

The 55-year-old singer was previously sentenced to 30 years in prison after a jury in Brooklyn convicted him of racketeering and sex trafficking charges last year. The conviction in Chicago could add years to that prison sentence.

Kelly still faces two other pending criminal cases in Cook County and another in Minnesota.