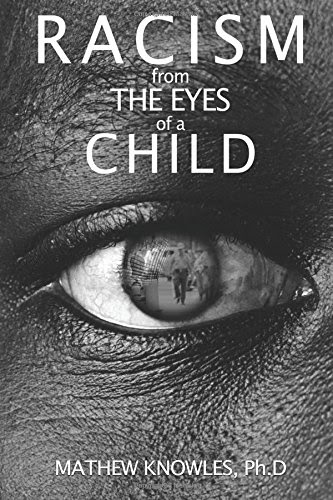 The anticipation is over. Mathew Knowles has released his book Racism From The Eyes Of A Child. We all have experienced racism at a young age and some of us are still experiencing it today. Racism starts at home. You teach your child how to love all no matter the color of their skin. We are equal. The society we live in teaches us racism. Like we have The Ringling Bros. and Barnum & Bailey Circus and then we have the Universal Soul Circus. We have R&B and we have Pop. It’s a sad world we live in. So we wanted to see what Matthew Knowles had to say about Racism. Its Only Entertainment had the chance to speak with Mr. Knowles about his book, and his meaning behind it at all.

What inspired you to want to write a book like Racism From The Eyes Of A Child?
Mathew Knowles: What motivated me to write this book. I wanted to tell my story about growing up in Gaston, AL. The experiences that I had of one of the first integrated Junior High School, University of Tennesse. I wanted to research better because I never had the understanding and explore information and share that. I wanted to write a book that gave dialogue conversation in our community and across the globe. That dialogue is about racism. I wanted to start a dialogue for colorism and when someone discriminates based on the color of someone’s skin. I wanted to talk about my years in therapy. I wanted to be vulnerable and share my years of therapy and finding moments for me in therapy. Encourage our black community hopefully to utilize the opportunity to get therapy. That was some of the reason and lastly because I am an educator. This is my second book. My first book was DNA of Achievers. As an educator, one of our missions is to write. Those are the reasons I decided to write this book.

How does Colorism affect you as it related to Destiny Child, raising your children and raising your family, or if it did affect you at all?
MK: Three years ago I taught my hardest management class. We did research on looking at The Top 40 Pop radio in America, and going back over the years and just looking from a shade of colors of females. How many were played on the pop radio? Surprisingly, only a very few played on pop radio. Then we ask why is that?. I noted the artist today that are examples in the book. What did impact my decision with Destiny Child was demographics quite frankly.When we look at America there are 240 million white folks, 40 million black folks, 60 million Hispanics. So from a pure business perspective, I had to look at the numbers and understand them and who was my audience and how can I get all of the audience, including the white audience. So I realized that at Columbia Records and Sony that I had an uphill battle because back in 1997 you had the black department, the urban department, black music department. That was what existed the segregation in those record labels. So I had to maneuver through that at the record label to get the pop radio to play Destiny Child so from that perspective Yes.

Did it affect you when your mom told you not to bring home a nappy headed black girl home. How did that affect your children?
MK: I can tell you that it affected me. I eternalize that when my mother said that. It influenced my behavior and many of my decisions. When you are a child and eternalize something it affects you. It affects your decision making, and how you think. In the book I talk about in high school I dated primarily white girls. T talk about that in the book. That is one of the ways I eternalized it as that I should not date black women. I should be dating white girls. I talk in the book when I first my former wife and people have certainly got that all wrong. I was at one party and I saw this woman and I thought she was white. When I approached her I approached with her from a perspective because I thought she was white. When I started talking to her and getting to her know at the party. I realized in fact that she was black but I thought at first she was white. In college, I dated a lot of white women instead of black women. I eternalized what my mother side that why it was helpful for my therapy to understand how it affected me.

You have painted your picture of Mr. Knowles now its time to read more about him and get to know him. Get to really know Mr. Knowles. I have had the chance to meet him in person for his book release The DNA of Achievers. He was very humble and was open to any questions that were asked. I still do not know him but I get to know more about him each time we speak. The one thing Mr. Knowles wants you to take away after reading his book is that YOU learned a lot about what folks went through back in the 50’s, 60’s and 70’s it was a lot. In his book, he has 4 guests (his sister, my first cousin, Robert Avery and a young lady that he went to school with. He does not like to write a whole book, he likes to have a guest. And they give their perspective. He hopes that you learned a lot from his guest telling their stories. Most importantly the trauma they endured in those days. For men maybe a therapy is not a bad thing we shouldn’t feel weak that we go to therapy.It’s time we let white people know how we feel about them. He stated that he knows when black people get together they talk about white people. When they are in front of them they don’t say anything. He wants you to break the silence and let them know how you feel, and let them tell us how they feel about us.

Justin JC Collins Talks What It’s Like Working With Tom Cruise, Will Smith and More!