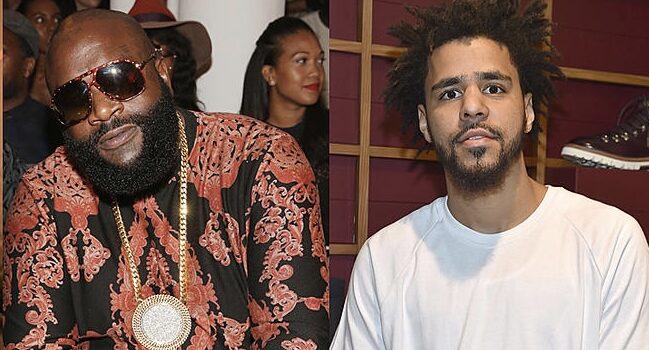 J Cole is trending again, this time it’s not for his music.

Recently People have been talking about J Cole’s new career of choice. If you did not know Cole made the decision to play for an overseas basketball team in Africa. Which is also known as the “BAL” Many have had something to say about this, including the point guard for the “As Salé” Moroccan Basketball Club, Terrell Stoglin.

According to a video posted by ESPN, Stoglin expressed that he knew athletes that were still at home training and who “lost their Jobs due to the pandemic that deserve the opportunity.” He stated he feels J Cole is already established in his own industry and finds it “disrespectful” of J Cole to take up space on the team just because he can. He says he’s being praised for scoring one point an entire game just because of who he is.

After seeing this video Rick Ross took to social media ( of course with his New champagne line in front of him) to defend his industry mate. He shared that he felt no black man’s dreams should be censored or limited and that if Stoglin was to ever considered to do music, he nor J Cole would hold it against him. As long as he comes with something more positive. A.k.a he’s a big dubb and better hope he never tries to change into the music career. I mean if I was Ross I Would’ve said that.

It’s also reported that J Cole decide to pull fro the league due to an unknown “Family Emergency.”

Related Topics:J ColeRick Ross
Up Next