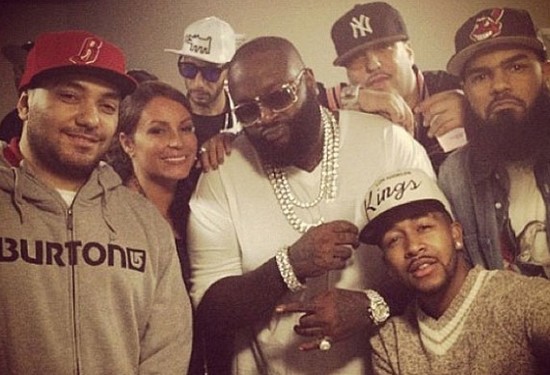 Birdman and Lil’ Wayne are not the only ones signing established acts. Rick Ross has been busy putting together a dream team of his own. In the past year he we have seen him sign Meek Mill and Wale to Maybach Music Group, becoming one of the hottest label crew’s in hip hop. Well it looks like Rozay isn’t finished.

Word on the street is, Omarion is next to sign to Maybach Music Group. Last night, The R&B singer was seen on stage at Rozay’s concert at the Hammerstein Ballroom in New York City.

In 2009, Omarion signed a deal with YMCMB but rumors surfaced that he was dropped. Later Omarion responded to the rumors, stating that he asked to be released from the deal. After seeing the success Young Money is having, I am sure he had some regrets. If this rumor of Signing with Maybach Music Group is true, I guess Omarion will no longer have any regrets since Rick Ross and Maybach Music Group are at the top of their game at the moment.

Related Topics:OmarionRick Ross
Up Next