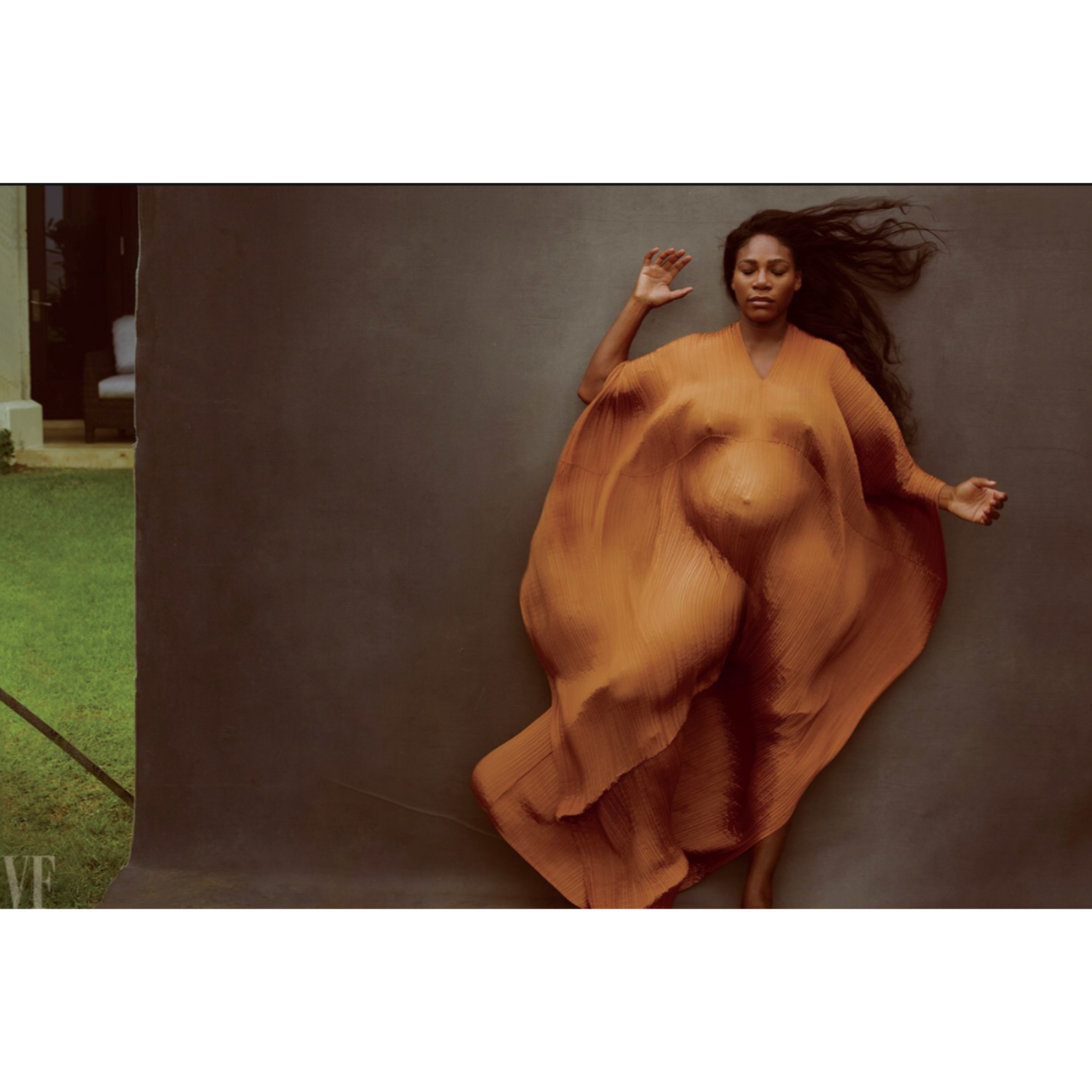 Serena Williams got candid in Vogue’s September issue. She admitted that her pregnancy was unplanned.

“This pregnancy was unexpected and accidental. But once I found out, something happened that surprised me, I became really calm. I thought, you have to win, but you’re allowed to lose, because you have something to look forward to. ’I’m nervous about childbirth; I’m not a spring chicken.

The one thing I really want is an epidural, which I know a lot of people are against, but I’ve had surgeries galore, and I don’t need to experience any more pain if I can avoid it. But the biggest thing is that I don’t really think I’m a baby person. Not yet. That’s something I have to work on. I’m so used to me-me-me, taking care of my health, my body, my career. I always ask, am I going to be good enough?”

She goes on to say that she and her fiancé Alexis have very different views on the gender of their baby.

“Alexis thinks we’re having a boy, but I have a strong suspicion that it’s a girl. Two weeks after we found out, I played the Australian Open. I told Alexis it has to be a girl because there I was playing in 100-degree weather and that baby never gave me any trouble. Ride or die. Women are tough that way.”

After birth, she doesn’t know for sure if she will immediately go back to the tennis court but does say her love for fashion will be her plan B. One things for sure Alexis is definitely the man of the hour.

“Alexis is basically the guy I’ve always told my friends to look for, since I love to give advice, He’s extremely smart but not a know-it-all. He’s curious about what he doesn’t know. Being a Jehovah’s Witness is important to me, but I’ve never really practiced it and have been wanting to get into it. Alexis didn’t grow up going to any church, but he’s really receptive and even takes the lead. He puts my needs first.”

Serena recently broke the internet with her Vogue maternal cover and she has this to say about it:

“I was really nervous about that shoot. I’ve not been that exposed, and I was unsure up until a couple of days before. But I’m happy with how raw and real it is. Being black and being on the cover was really important to me, the success of one woman should be the inspiration to another, and I’m always trying to inspire and motivate the black girls out there. I’m not a model. I’m not the girl next door. But I’m not
hiding.

Actually, I look like a lot of women out there. The American woman is many women, and I think it’s important to speak to American women at a time when they need encouragement. I’m not political, but I think everyone is worried, to a degree.”

Catch the full interview in Vogue!