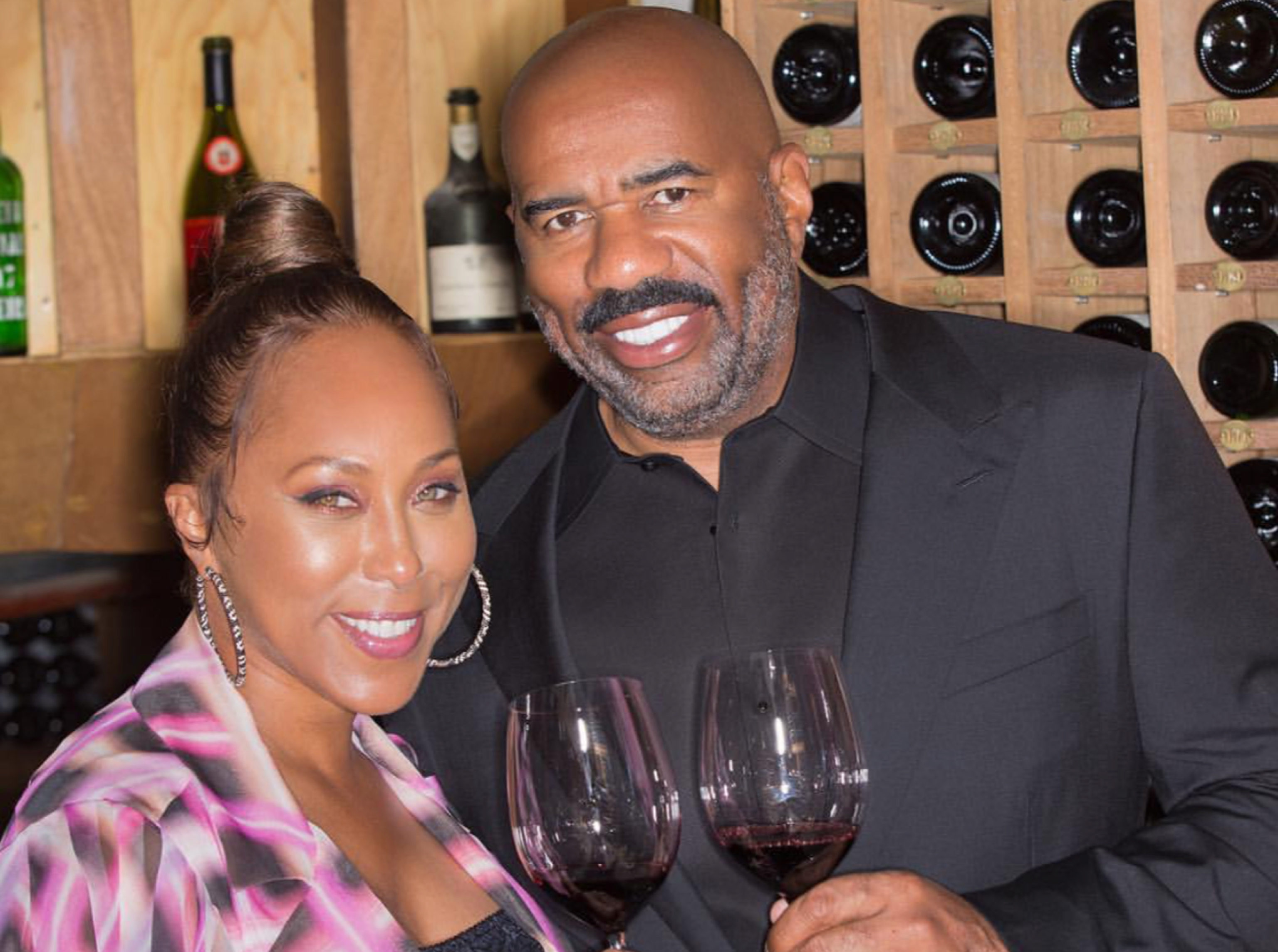 Word on the street is Steve Harvey’s wife has a thing for hot boys because she married a couple of them back in the day!! Before Marjorie Harvey locked down Steve in 2007, she was apparently married to two major drug lords.

via The Jasmine Brand

According to a report, Steve Harvey’s current wife, Marjorie Harvey, was tied to two drug smuggling rings. Steve and Marjorie began dating and married in 2007. Reportedly, before walking down the aisle to the comedian and talk show host, the FBI and DEA began investigating Marjorie while she was married to drug lord Jim L. Townsend, 68. Documents reveal the two agencies suspected Marjorie played a role in the drug ring, and told Townsend that “his wife would be arrested, as the agents believed they had substantial evidence of her own illegal activities” if he didn’t cooperate.

Townsend was later indicted for attempting to buy 40 kilos of cocaine and sentenced to life in prison. He served 26 years and was released in January 2017 after being granted a pardon by then-President Barack Obama. Marjorie split from Townsend less than five years into his sentence, but quickly got involved with ANOTHER drug kingpin, Donnell Woods. He fathered her third child, daughter Lori, in 1997, and they married in 2000 — around the time the FBI started to investigate Woods for his role in a drug smuggling operation.