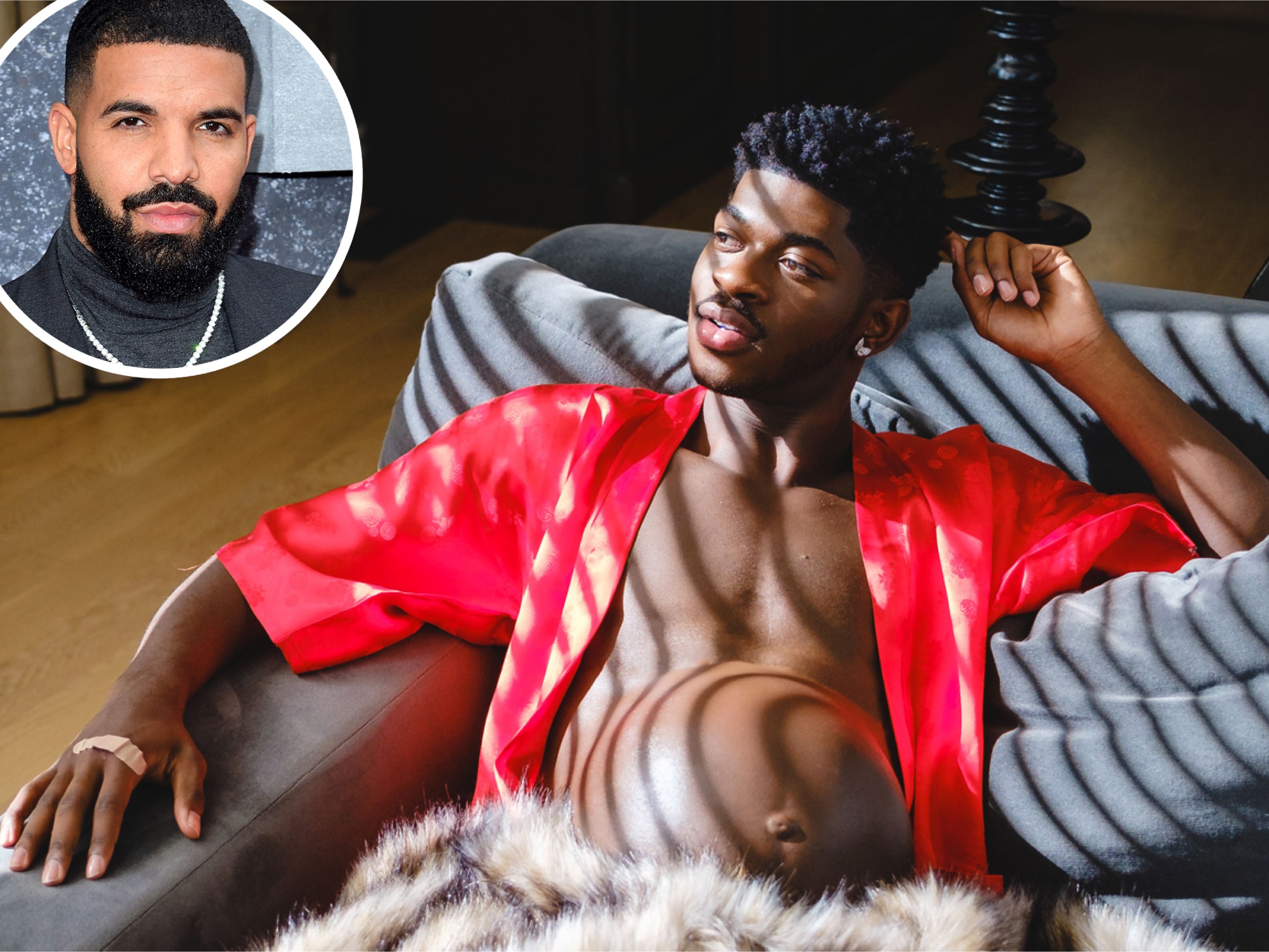 Lil Nas X the king of trolls is happy to announce he is officially pregnant… with his album. X released pictures of a whole maternity shoot. His album Montero is due on September 17. We might know who the baby daddy is too. Drake revealed this cover art for his album for his new album ‘Certified Lover Boy’.

Lil Nas X also revealed his own cover art similar to his baby daddy Drake. We know Lil Nas X plays too much. It is a great way to market his album though. You’ll Agree with us on that?

Check out the maternity shoot.

Related Topics:DrakeLil Nas X
Up Next

Tyrese Says He Lost Roles To Terrence Howard Due To Colorism