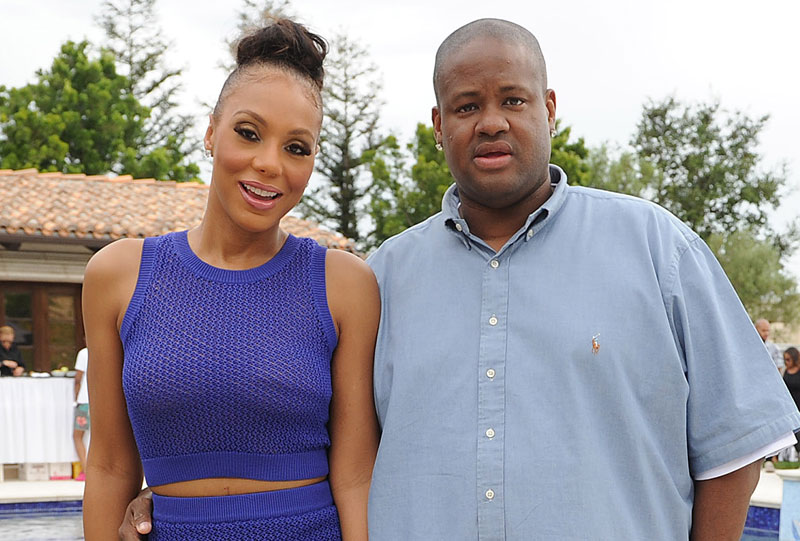 Ok now after we all watched Tamar and Vince on WETV because of this divorce scandal, we all need to reclaim our time. Why? Because the entire season was just Tamar sitting down eating with her gay best friends. The entire season was a snooze if you ask me. This weekend Tamar took to Instagram to announce that Vince had got some whore pregnant and could possibly be sleeping with resident I will sleep with your husband side chick Laura Govan.

However, we have reason to believe this is all a press stunt for ratings for the new season of Braxton Family Values reality show which will be airing soon on VH1. Good job I guess, but it bet not be trash. We ask if this is a press stunt because Tamar and Vince were spotted spending New Years Eve together. Now if you just found out your main joint was cheating with Laura and possibly got someone pregnant and had them arrested for violating an order of protection would you be with them for New Years Eve?

The video below shows Tamar and Vince at a New Years party together. He was also in attendance at her show last night as well.