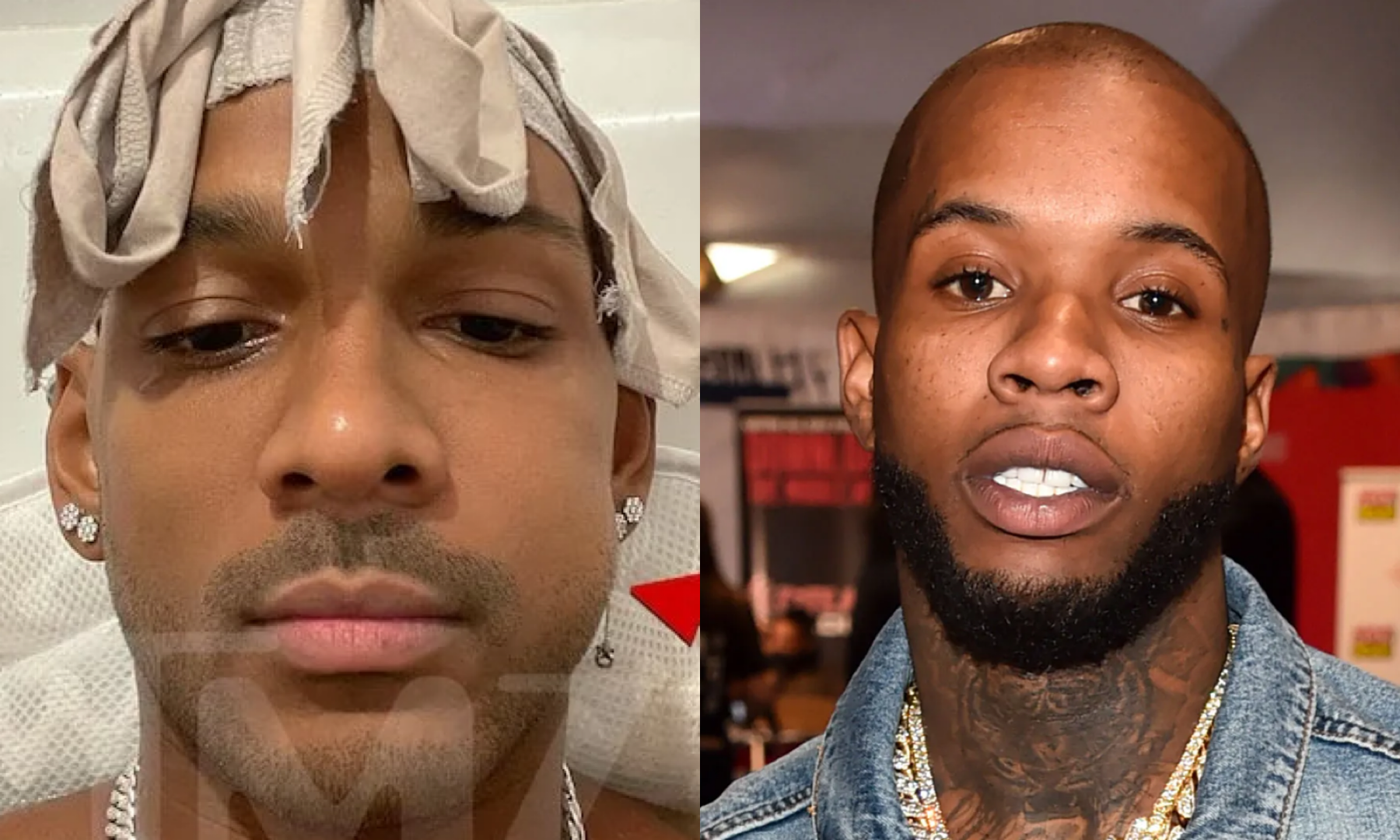 I guess these two got some real beef to settle if this is true. Now the streets are claiming that Tory Lanez attacked Prince from Love And Hip Hop Miami once again. As you may recall Tory scrapped Prince lil ass down some time ago. Now he’s walking around with a swollen jaw claiming Lanez attacked him

Prince’s reps claim he was kickin it with NFL star Malcolm Butler at his table at Vendôme Miami around 4 a.m. on May 3 when he was approached and struck on the left side of his face. Prince told cops he turned around and saw Tory, who ran out of the club and took off in a Mercedes-Benz Sprinter van. Prince says he left the club with a massive headache and a swollen mouth.

The police report list Tory as the suspect for battery. The responding officer reported that Prince was visibly swollen on his left cheek. Prince went for medical treatment after the attack.

Tory Lanez rep denies the allegation, saying he was nowhere near Prince at the time and claims Prince is just “obsessed” with Tory. The rep says there are no witnesses or footage to back up Prince’s claim.

Their beef goes back about two years ago in 2019 when Prince sued Tory for allegedly hitting him at LIV Miami. He is now considering filing a new lawsuit for this latest claim.

Tory is still facing felony assault charges in connection with the July 2020 shooting involving Megan Thee Stallion. He has pleaded not guilty and faces up to 22 years in prison if convicted.