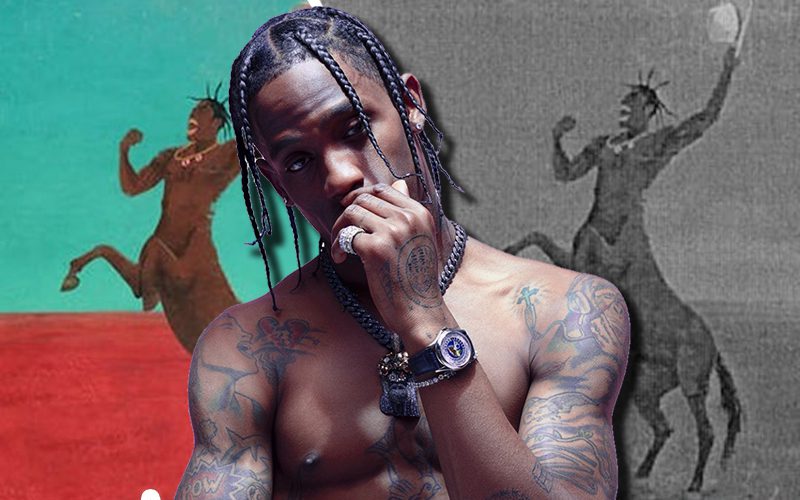 Travis Scott is facing a copyright lawsuit amid Astroworlds billion suit. Mickaël Mehala (a.k.a. Black Childish) has sued Scott over an original artwork depicting the artist as a centaur in the desert. Travis La Flame, notably, has been widely referred to as an unofficial release and is not currently available on Apple Music or Spotify. TMZ notes that Mickeal shared his art in 2015 with Travis Scott, but never heard back after the rapper used it for his album.

Travis Scott’s attorney also hit back, “This is clearly a frivolous and baseless filing,” McPherson said in a statement to Complex and other outlets on Wednesday. “Anyone with access to the internet can tell you that Travis never released an album named La Flame. The illustration in question was fan-made and was uploaded to streaming services by those fans, something that any user has the option of doing.  Streaming services quickly removed it after they realized that certain people were trying to pass this off as a legitimate album cover.  We look forward to responding to this case and obtaining a quick dismissal.”

Jason Momoa And Lisa Bonet Divorcing After 16 Years Together