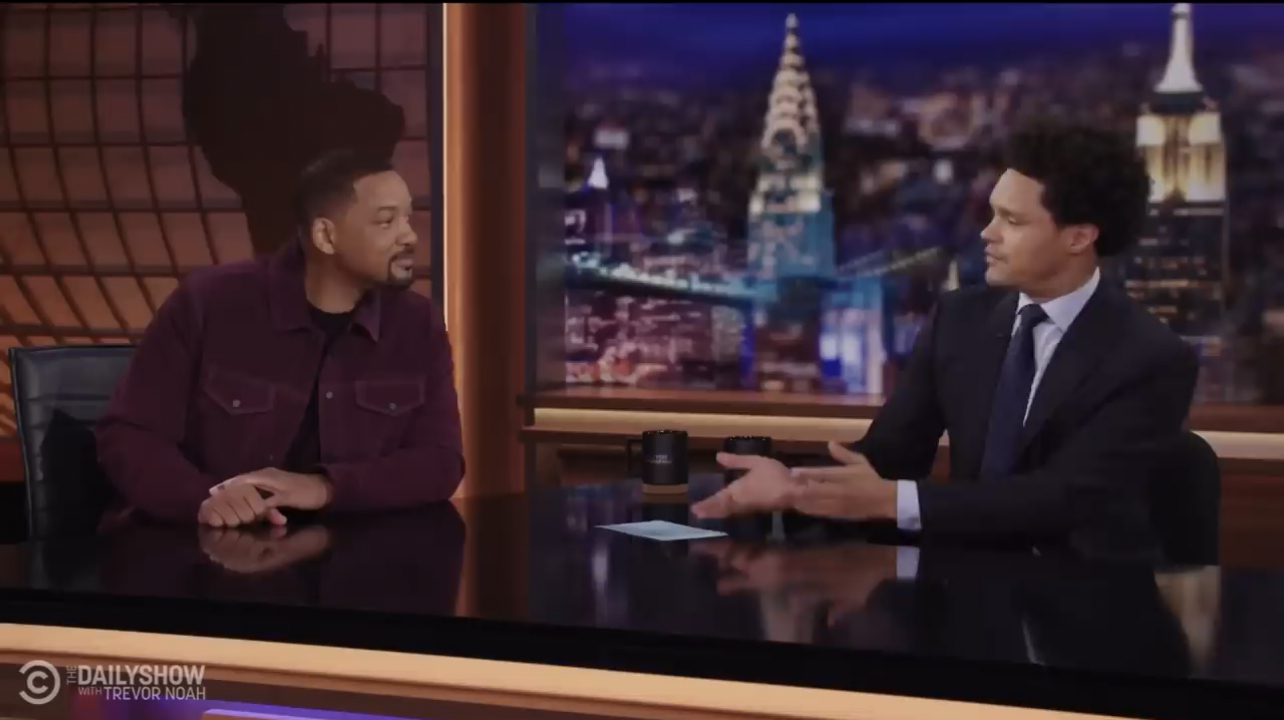 Will Smith is currently on a promo run for his new movie, ‘Emancipation,’ which will be in theaters December 2 and will stream on Apple TV+ beginning December 9. He sat down with Trevor Noah on Comedy Central’s The Daily Show and talk pretty candid about the infamous Chris Rock Oscars Slap. Smith says that was a rage that had been bottled up in him for a long time. See! He been wanted to slap Chris Rock but y’all check out the interview below!

Related Topics:Will Smith
Up Next