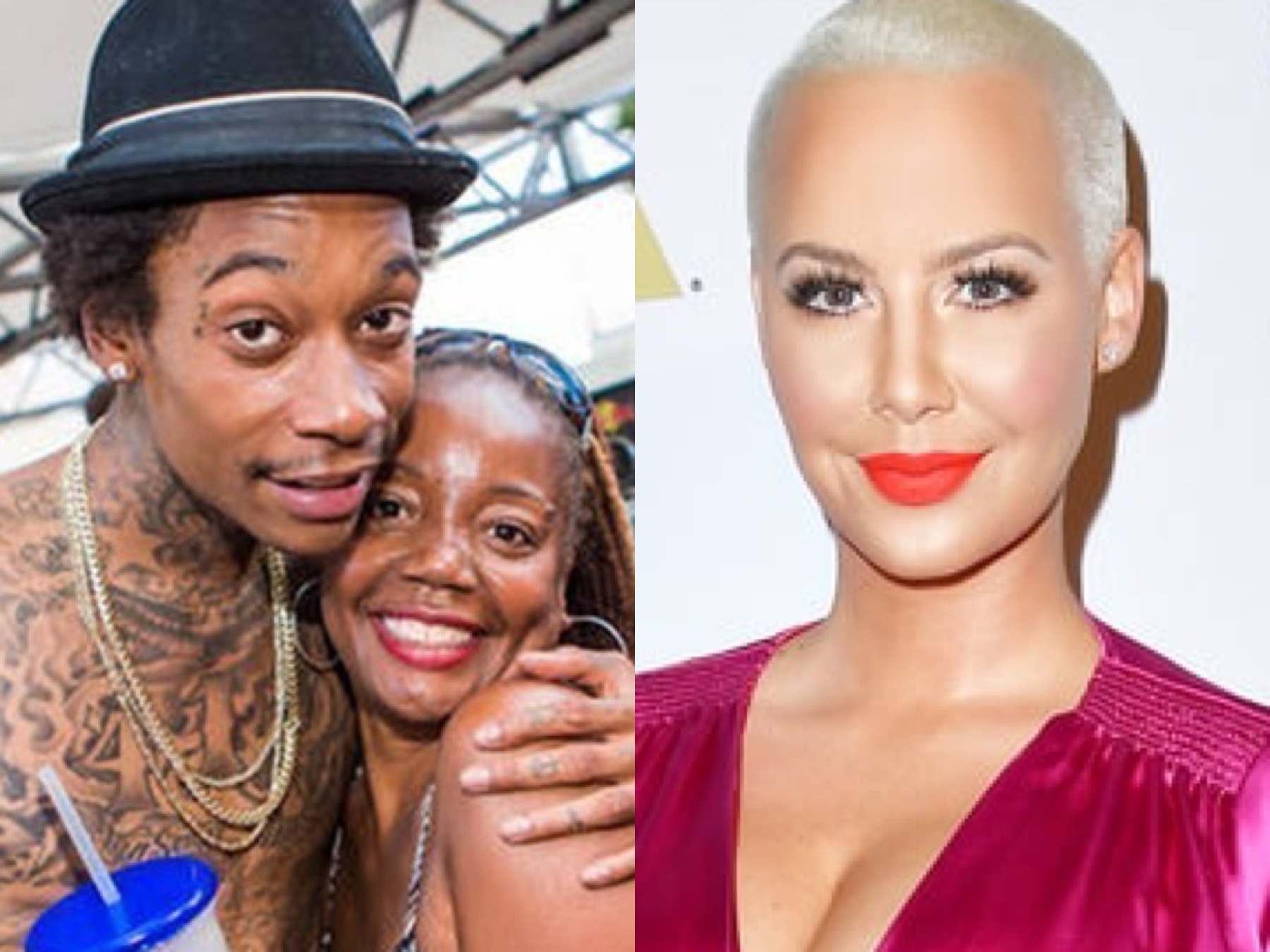 Just when we thought Amber Rose and Wiz Khalifa had the best co parenting relationship known to man … things take a left turn. Word on the street is Momma Khalifa aka “Peachie” is now suing Wiz’s baby momma for a phone call she made where she read his mom for filth.

Wiz’s mom, whose real name is Katie Wimbush-Polk named Amber Rose Levonchuck in a defamation lawsuit filed July 3rd after she claimed Amber called a former employee accusing her of being a bad grandmother and even allegedly mentioned that she let her own daughter die.

For those who don’t know, Wiz’s transgender sister Dorien Thomaz passed back in February due to complications from lymphoma. Apparently, the verbal assault came after Amber accused Wimbush-Polk of calling child protective services on her.

Via the Washington County Observer Reporter:

An attorney for Katie Wimbush-Polk of Cecil Township, mother of the rapper, claims Levonchuck “impute(d) criminality,” which is “incompatible with her status as a grandmother and her status as a volunteer mentoring at-risk youth,” which require adults to have cleared background checks.

Levonchuck, a resident of Tarzana, Calif., is alleged in the suit to have made a call June 19 to a phone linked to Wimbush-Polk’s account. The person who had the phone that day was a friend and former employee, Danesa Letic, who was in Louisiana, the suit claims.

Letic’s 5-year-old niece actually answered the call, and the suit alleges Levonchuck immediately “launched into a profane attack.” The niece gave the phone to her aunt, who eventually was able to identify herself. According to the suit, even after knowing she was speaking with a third party, the caller alleged Wimbush-Polk had allowed her own child, Dorien, to die and she was unfit to visit or care for Levonchuck’s and Khalifa’s 4-year-old son, Sebastian.

Spurring the call was an accusation Wimbush-Polk made a report to California child welfare services, which reportedly visited Levonchuck June 19.

Wimbush-Polk “made no such report at or around that time,” according to her complaint.

Wiz’s mom is suing for more than $50,000 which will cover legal fees as well as punitive and other damages.

The suit states that Rose’s comments were “malicious, ‘tended to harm’ her reputation, lowered her in the estimation of the community or deterred others from associating or dealing with her, and disputes the claim she had let Dorien Thomaz die caused her to be humiliated and suffer severe mental anguish.”

Amber has yet to respond to the lawsuit.