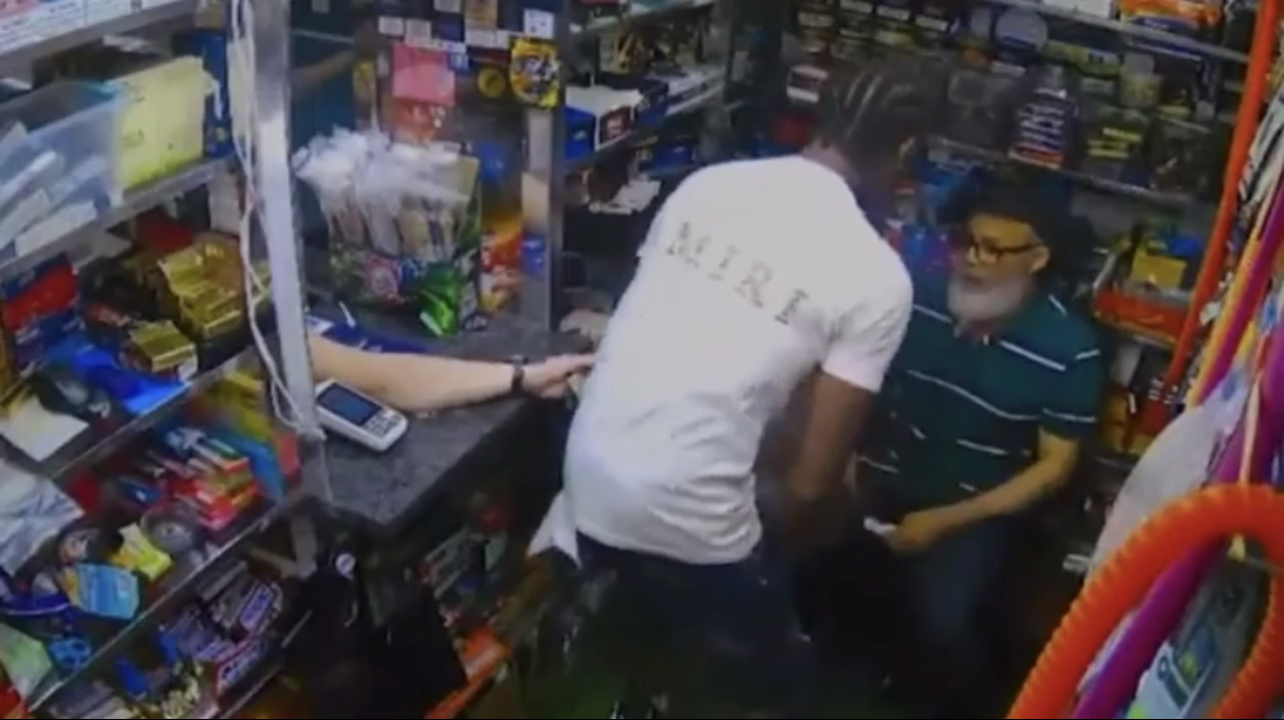 A Hamilton Heights bodega worker has been charged with second-degree murder for stabbing a man to death after the man confronted and pushed him behind the counter.

It all went down late Late Friday night in the Blue Moon Convenience Store off West 140th Street. 37 year old Austin Simon came into the store to confront 51 year old Jose Alba after his girlfriend’s purchase for their daughter declined and Alba took the item back and the two left. Simon shoved Alba into a chair and then grab him by his collar to pull him from behind the counter. Alba pulled a knife and stabbed Simon several times. Police were called for an assault in progress and found Simon bleeding from two stab wounds in his chest and one in his neck. Simon later died at the hospital.