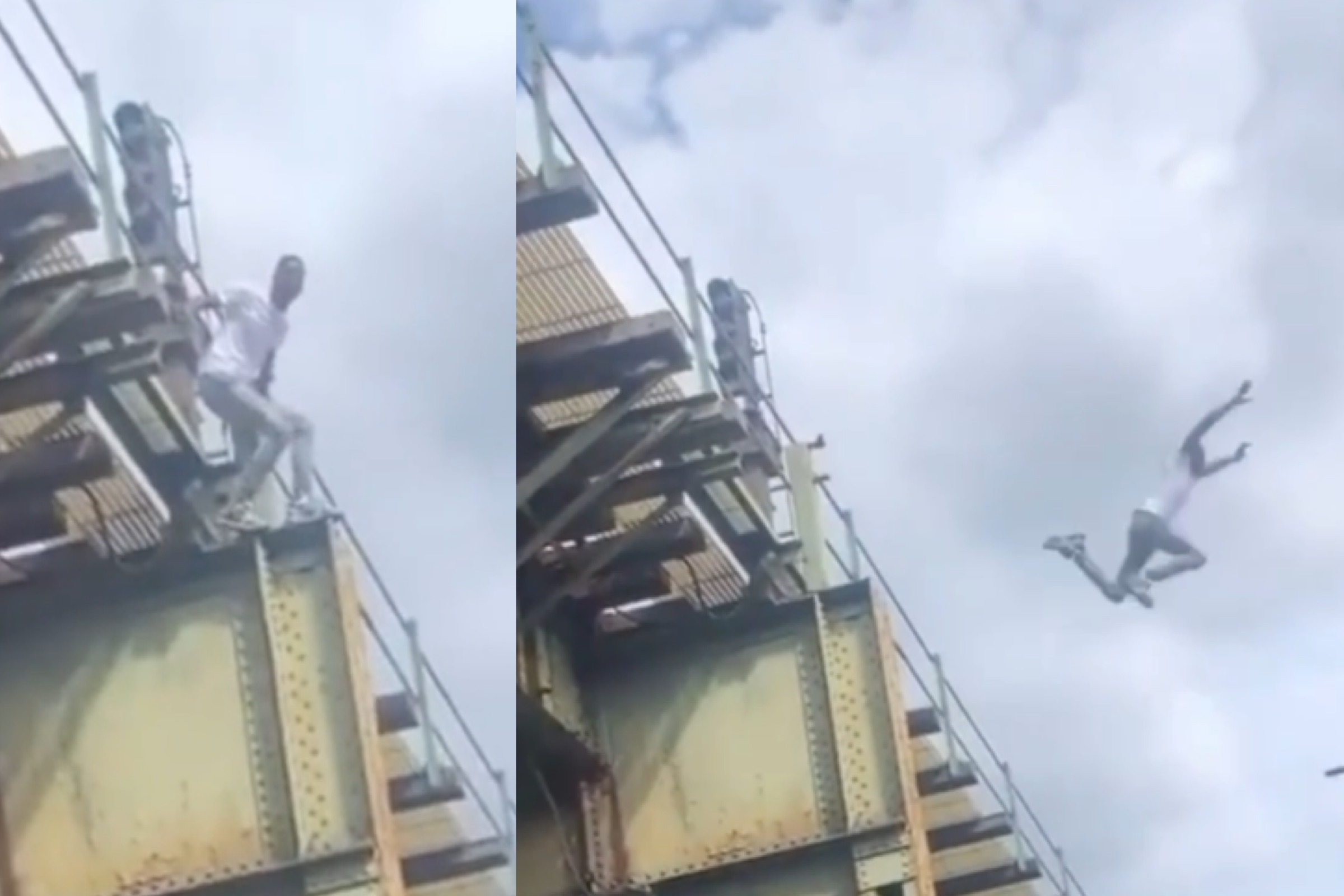 Police stopped a car near Humboldt Street and Debevoise Street on Wednesday around 4:10 p.m. 25 year old Kendall Floyd allegedly “flung his car door open, striking an officer in the arm and leg. He ram off taking the officers on a chase. He was later spotted at Broadway and Thornton Street.

Floyd climbed a pole onto elevated subway tracks and a crowd gathered below and begin to shout at him not to jump.

Floyd jumped anyway and made it onto the roof of a Popeyes restaurant roof top. Police say he injured his leg. Officers ran around the corner where one cop climbed the fence. Floyd was then taken into custody and taken to the hospital for treatment.