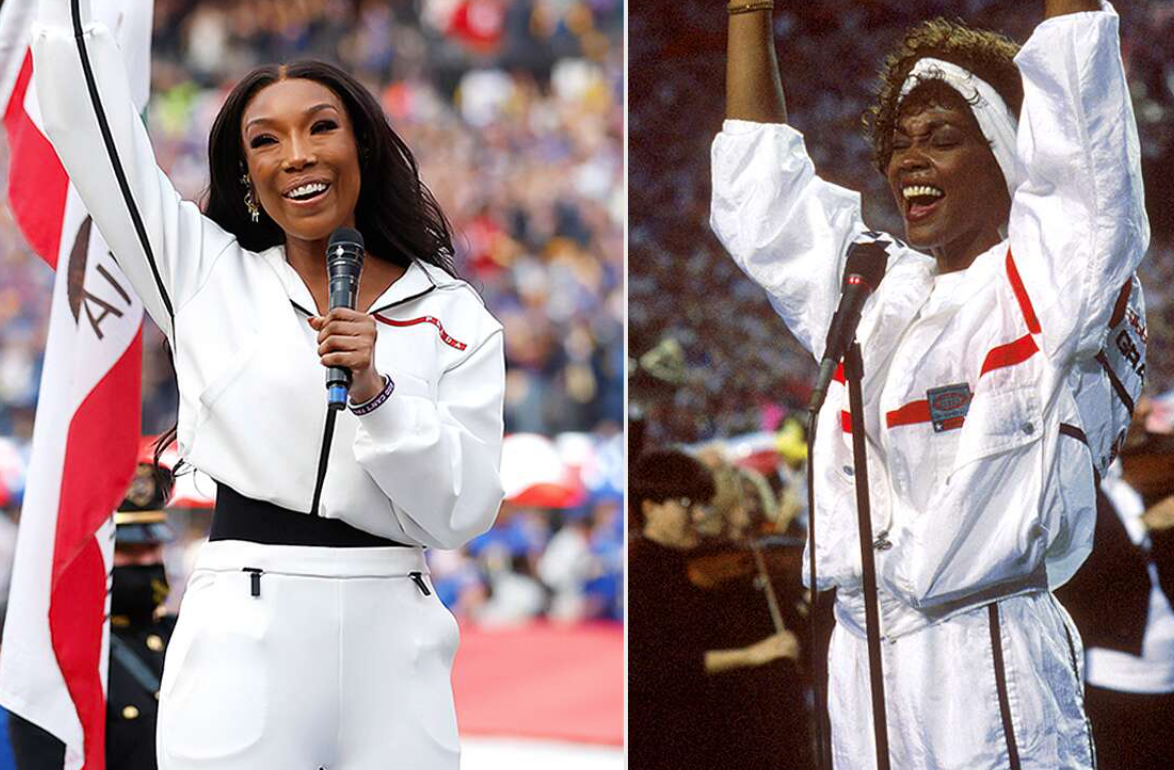 You gotta love Brandy. The songstress never disappoints, and once again shut it down yesterday at the NFC Championship game between the Los Angeles Rams and the San Fransisco 49’ers.

Tearing down the house, B-Rocka entertained fans at the SoFi Stadium in Inglewood, CA, giving her rendition of the “Star Spangled Banner.” She also appeared to be paying homage to one of her mentors, Whitney Houston, by wearing an outfit very similar to that of the late singer’s 1991 Super Bowl performance. Check out her perform below and tell us what you think of Brandy’s vocals at the game.

Related Topics:Brandystar spangled banner
Up Next

Kanye West Wants DONDA 2 To Be Played at Births, Graduations, And Funerals