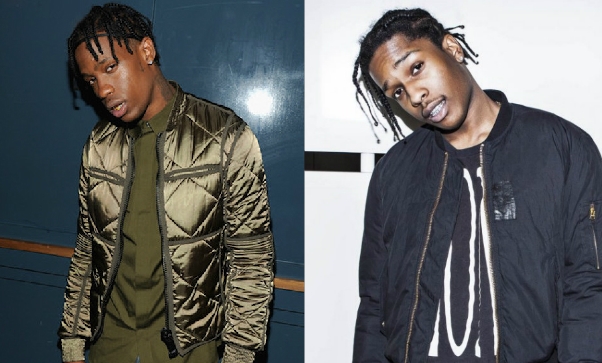 Its been said that everyone has a lookalike. This theory is definitely true when it pertains to A$AP Rocky and Travis Scott.

Through the years, there has always been speculation of tension between the two rappers. During a 2016 interview on HOT 97, Rocky expressed felt that Scott was jackin’ his style but he wasn’t pressed. He actually declared there was no issue between him and Travis Scott:

“You’re hearing it from me, let shorty rock,” he proclaimed. “And let the people decide if he a biter or if he authentic. I’m not saying everybody should be allowed to just take [from] whoever got going on. I’m not implying that. I feel like that whole situation sound petty.”

In 2019, fan attempted to incite an issue again. In response Rocky tweeted, “THAT ME N TRAVIS BEEF SHIT SO PLAYED OUT, LET IT GO.”