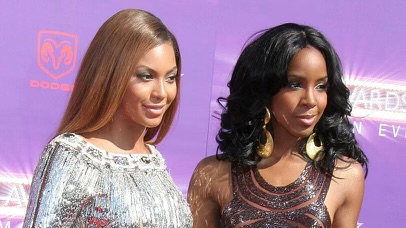 Kelly Rowland is sick of all of you trying to compare her to Beyonce. She was recently on Hot 97 and Peter Rosenberg compared her to Beyonce. We all know Kelly Rowland made a name for herself outside of Destiny’s Child. While she was promoting her new movie ‘Fantasy Football’ Radio host Peter Rosenburg decided to cause drama. He started asking Rowland to speak on her ability to “play second to Beyoncé.

Kelly responded, ‘Light attracts light, and I am light. So I am a beautiful brown shining light. I don’t think anybody’s light dims anyone else’s,” she said. ” I think that when other people start to compare you, I think that shows how dim they are of themselves.”

As a reminder Rowland has also had a career that exceeds two decades, selling over 40 million records in her solo work.

You can watch the clips below!

Related Topics:BeyonceKelly Rowland
Up Next