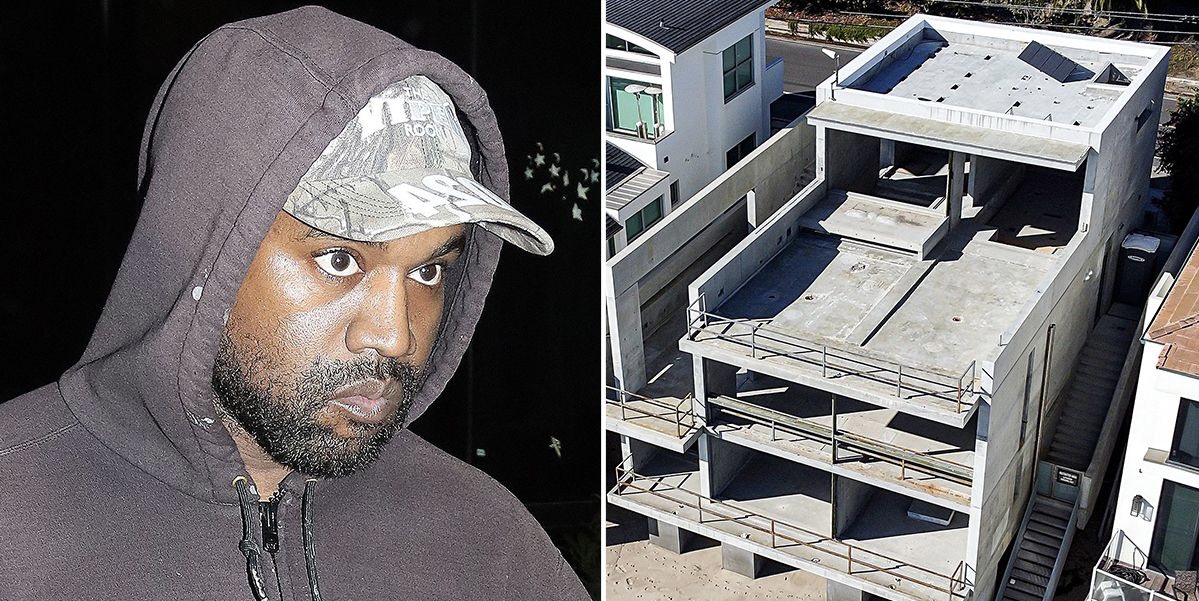 After Kanye West’s said some anti-Semitic and “White Lives Matter” he became an ex-billionaire in a matter of 24 hours. According To RadarOnline, Ye has halted construction on his Malibu home due to his financial losses. most notably his partnership with Adidas, RadarOnline.com has learned.

Radar Also Reports Ye bought the beachfront pad in September 2021 for a whopping $57 million, and renovations are nowhere near finished after he gutted the property shortly after the sale, with renovations on hold as he works out his finances. In the meantime, Kim Kardashian‘s ex is dumping money at one of the priciest hotels in Beverly Hills.