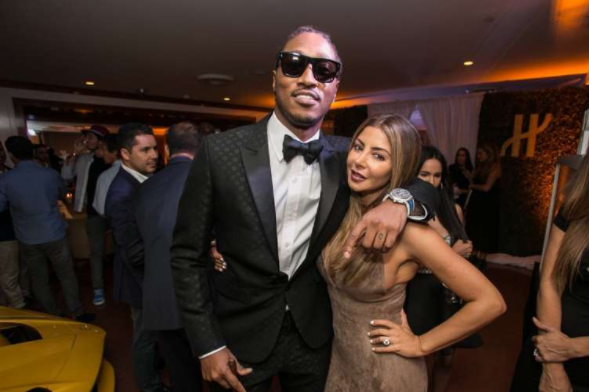 This isn’t looking good for Scottie Pippen man! A few weeks back there were rumors of Future and Larsa Pippen creeping down in Miami. Reports of Scottie and Larsa domestic dispute being reported to police also hit the net. Future sent a sub via Snap Chat leading people to believe he had taken Pippen’s girl. Page Six later reported that Scottie and Larsa trying to make it work. However, it seems that Future and Larsa are still hanging out. She was spotted at Future’s birthday bash in Beverly Hills in his section dancing in front of him.