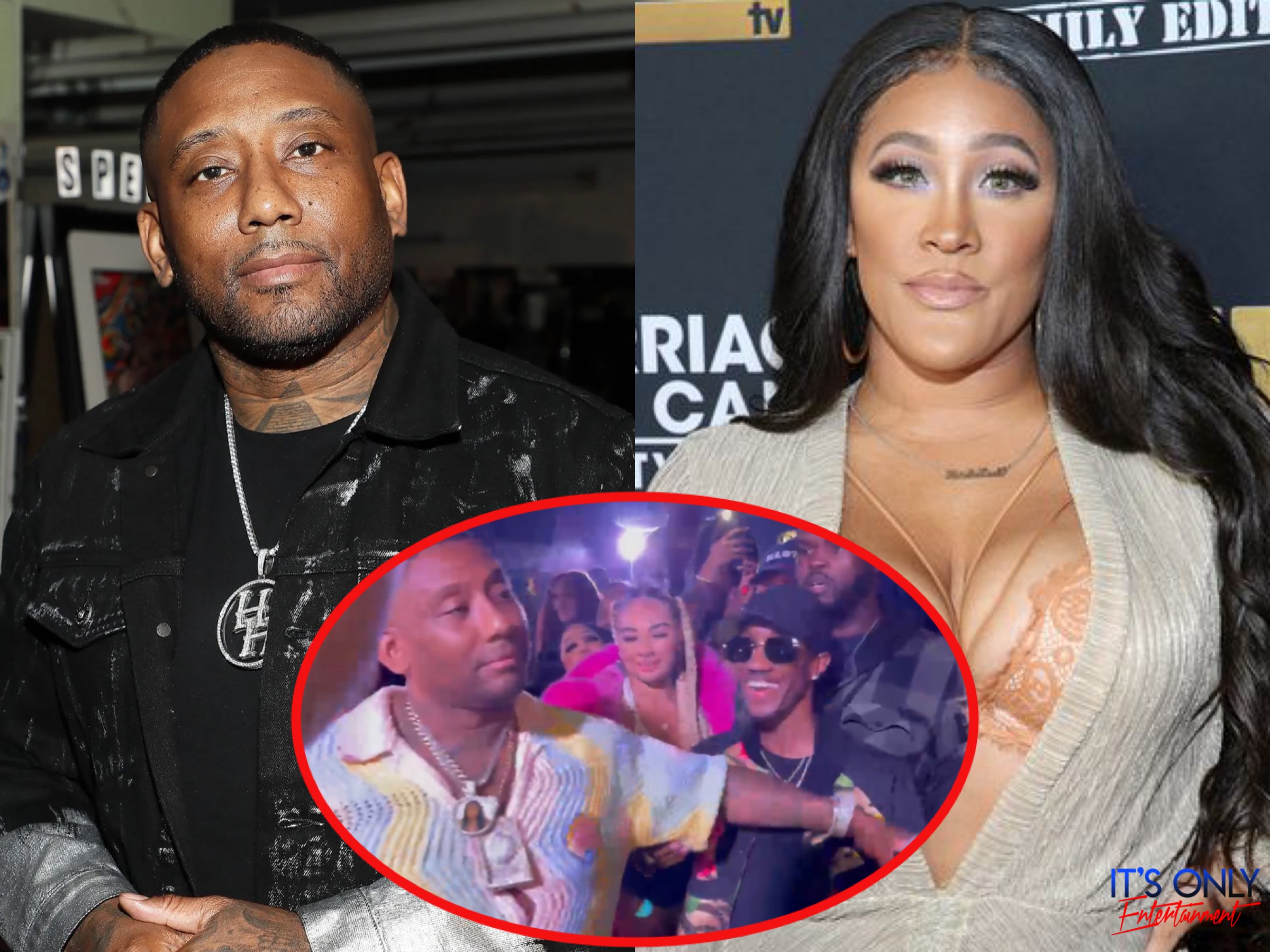 It was a lot going on at Daniels Leather Fashion Show last night. Natalie Nunn, Blueface, Chrisean Rock and the Zues family was on the bill to host the show. However, looks like Maino, Jim Jones and The Lobby Boyz was in the building as well. Maino was not feeling the Zeus energy. At the end of the show he basically took over and snatched the mic from Zeus owner Lemeul and pushed him out the way. Natalie then gets into Maino’s face and thing get a big crazy. A few seconds later you see a woman run up to punch Natalie Nunn. Check out the footage below!

Related Topics:FeaturedMainoNatalie nunn
Up Next