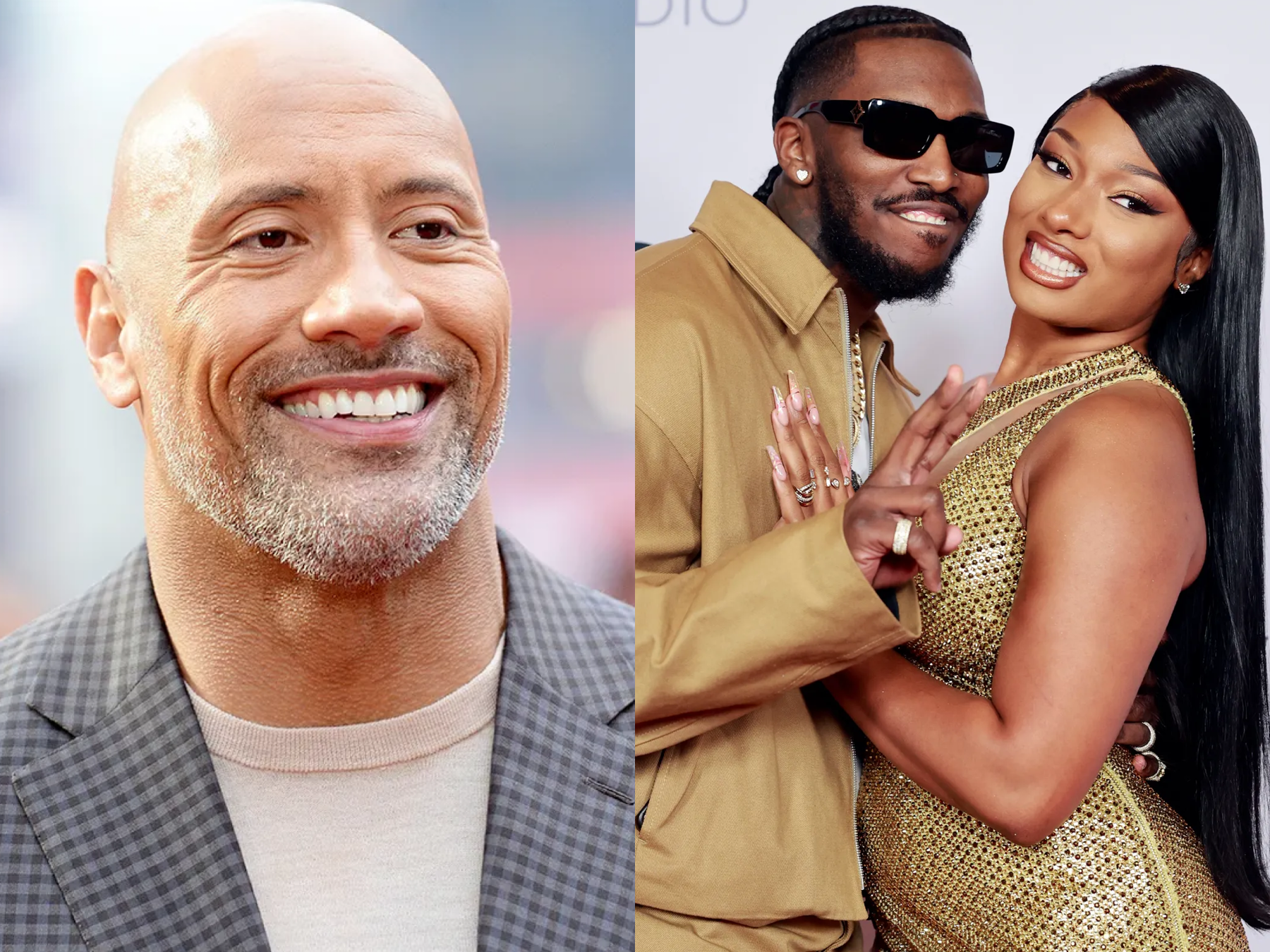 The Rock and Kevin Hart has been on a press run to promote their new animated movie Super Pets. In a recent clip where the two were being interviewed they were asked what celebrity would you like to be a pet to. The answered that he would like to be Megan Thee Stallion’s pet and it no need to go into why because its clearly because she’s fine and a hot girl right. Kevin said he wanted to be a pet to Denzel Washington.

However, Meg’s boyfriend Pardi didn’t seem to like the joke. He stepped into the shade room and left a shady comment for The Rock and his wife.