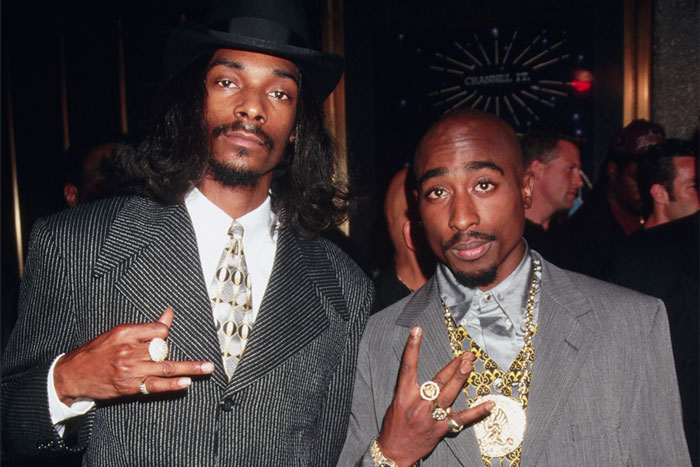 Snoop Dogg is speaking on his last moments with Tupac Shakur. Snoop appeared on Logan Paul’s “Impaulsive” podcast where he recalls what happened when he visited Pac in the hospital after he was shot in a drive-by shooting in Las Vegas in September 1996.

Snoop says he drove to Suge Knight’s house after hearing about the shooting. Suge tried to make him feel at ease buy telling him that Pac was going to make it.

“When I walked in, I could just feel like he wasn’t even there and I fainted.”

Afeni Shakur, Tupac’s mother was also at the hospital and told Snoop to snap out of it and go speak to him.

“Then his mother got me up and walked me in the bathroom and had a conversation with me about being strong. She was like, ‘My baby ain’t never seen you weak. I don’t want you to be weak in front of him. You go in the bathroom and fix yourself up and you go back in there and you talk to him and you tell him how you feel. My baby loves you.’”

“She knew there was a little tension, but she knew how much we loved each other. So she gave us a moment for me to say some things to him as far as how much I love him. But I knew that was gonna be my last time speaking with him.”