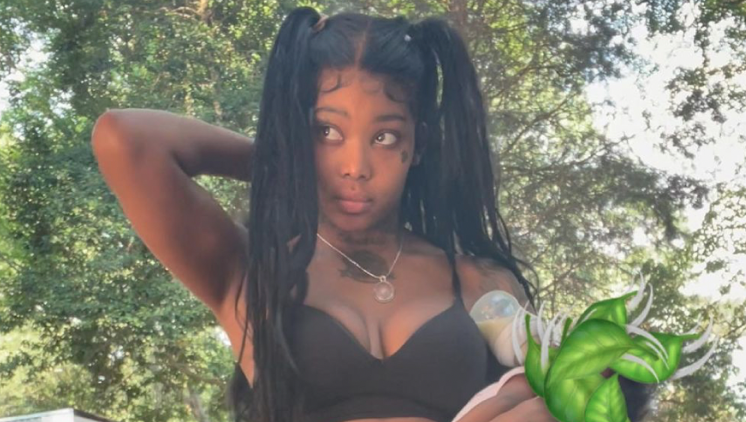 Black twitter is in a frenzy after Summer Walker shared what was on the menu for her 3-month old newborn.

If you may or may not know Summer Walker and London On Da Track had a baby girl a few months ago. She shared a nice amount of footage during her pregnancy and even now she continues. Of course fans have a lot to say. According to a photo posted to Summer’s Instagram story, her feeding regime includes Hemp seeds, honey, and “shrooms.”

Now I am not a mother yet thanks to the great Lord almighty above, but I think that baby needs some milk! And social media couldn’t agree more. Some fans took to twitter stating they feel “CPS” should definitely we involved, because this doesn’t seem like a sufficient amount of food for a new baby.

The backlash continued after Summer posted another photo holding her baby in her arms while just in a Bra and panty. But what seemed to bother fans more was the “leaf” emoji that was placed over her baby’s face. Fans took notice to the small baby in the photo saying that her baby looks smaller than normal in weight.

Summer responded to these comments by posting a couple slides to her story via Instagram stating, she’s deading any type of interactions with fans. She also shared that she feels people are weird and that she will never post her baby.

Im sorry to tell you Summer but its not the face that they are worried about, its them itty bitty legs and arms!