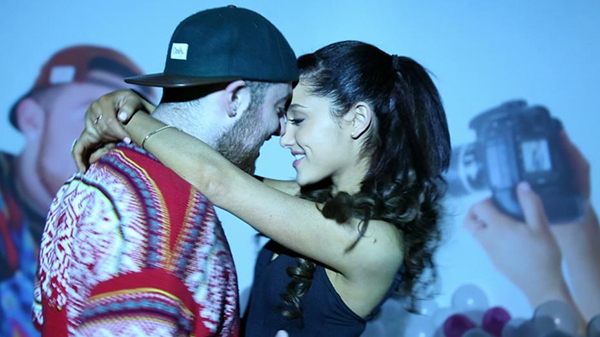 Okkk! Ariana Grande and Mac Miller were spotted kissing while having dinner in LA yesterday. Now there have already been much speculation about these two have dating after the into you remix collabo. However, after her breakup with Big Sean, Ariana was publicly dating her backup dancer, Ricky Alvarez. Looks like Ricky got the boot for Mac who Ariana was getting way too close with at Katsu-Ya in Encino, California this past weekend. We hear the two were kissing all throughout the time they sat down to have dinner. Grande was allegedly seen lying on his lap as well. 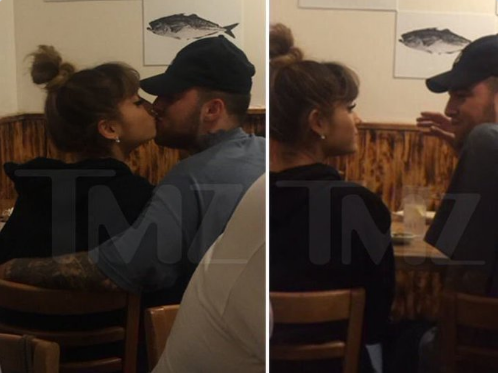 Stevie J Heading To Jail For One Year?