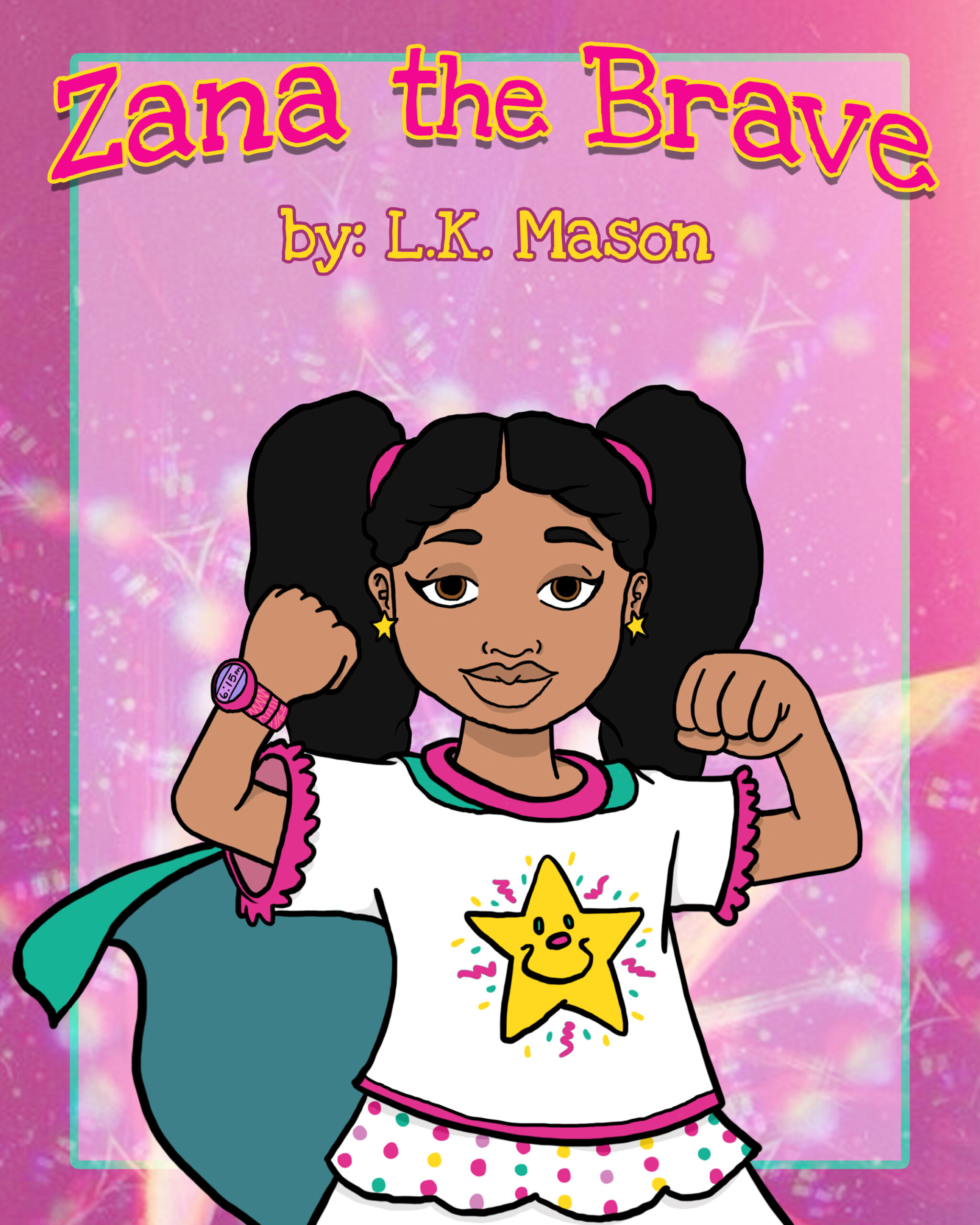 Breakthrough author, L. K. Mason, has the internet chattering about the anticipated release of her forthcoming children’s book, Zana the Brave.

This first book introduces children to the series’ main character and how she came to be known as Zana the Brave.  Its rhyming sequences makes Zana’s powerful accounts detailing her experience with the rising bullying and fat shaming epidemic easy and compelling to read. Later books in the series will gradually familiarize children to Zana’s closest friends and members of The Brave Team.  Facing their own struggles with being accepted for who they are, The Brave Team comes together with Zana to put an end to bullying at Voltron Elementary School. Much like the main character of her book, L. K. Mason experienced being bullied as a child.  In fact, the story borrows from her childhood.  She felt it was important to write this book because she grew tired of seeing headlines of school shootings and teen suicides wherein many of these cases, the root of the problem led back to bullying.

Chris Morrow, who also co-author of a number of other New York Times best-selling books such as The Happy Vegan, Success Through Stillness, and Super Rich with Russell Simmons as well as Take Back Your Family with Rev. Run, says of Zana the Brave after reading the manuscript, “It’s really good…both universal and timeless.”

For media and press inquiries, please send an email to info@zanathebrave.com