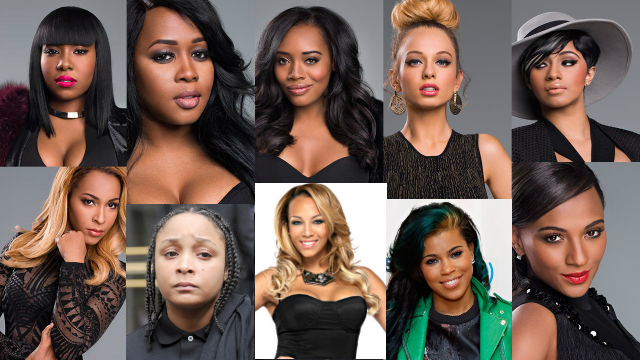 Love And Hip Hop New York is getting a revamp of cast members as usual. You know they just can’t leave the formula alone. Season 6 seemed to have revived the original version of the franchise but I assume the producers felt like the cast needed to be shaken up a bit. Now as you all may know I have worked with or interviewed several cast members, so you better know my sources are pretty good. This isn’t set in stone because you know things always change up while the show is filming.

Yandy Smith, Tara Wallace, Amina, Bianca, MariahLynn, Remy Ma, Cardi B are still on deck. Kimbella is back like she never left and why not, Chrissy Tyson is all the way in Miami with her own show on WeTV and it’s safe she wont be coming back to put the beats on her.  I got news of Felicia “Snoop” Pearson being added to the cast since this past spring. How? Why? Well, I believe Yandy is managing her because she seem to pop up where ever Yandy is these days.

Now this was brand new to me and according to my friends over at Fameolous, Sofi Green, former co host of MTV2 has also signed on. I revealed Cam’ron’s girlfriend JuJu was added to the fold but looks like we will have to wait and see if that happens, you know Cam isn’t really down for the fuckery much unless the money is all the way right.

We will not see Yorma, Rah Ali or BBOD on season 7.  Peter Gunz, Cisco, Rich Dollaz and DJ Self will all be back in attendance at Creep-Life University.

Moniece Slaughter Was Pregnant By Shaquille O’Neal While Still Married To Shaunie!?