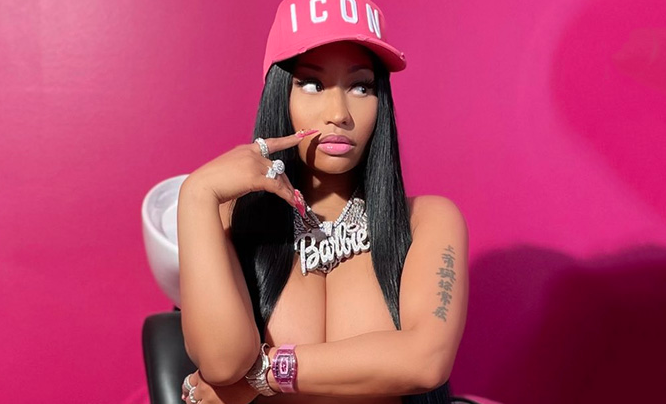 Nicki Minaj decided to set the record straight regarding her alleged drug use.

Last week, Nicki went live on her Instagram page where she was seen noticeably sniffing and rubbing her nose. Now y’all know what they say when someone starts sniffing a bit too much right? Well they claim that is the sign that someone just might have a cocaine habit. During the live, fans suspected Nicki of using cocaine.

She responded to the comments stating “You would know, if you’re a fan of mine, that all you gotta do if you wanna know my drug of choice or my drugs of choice, just listen to my music, chile, ’cause it’s all right there.” She also let it be known that the reason for her constant sniffling was because of her severe allergies.

She denied ever using the drug but admitted that she has friends around her that uses, but she never cared to try it out. She also let it be known that she’d never be embarrassed about using any drug, even if it was cocaine.

However, she has come clean about her choice of drugs in her music, including Adderal, Xans and Percocet.

Related Topics:Nicki Minaj
Up Next