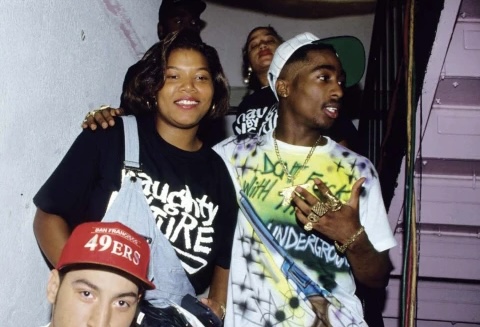 Queen Latifah appeared on the latest episode of First We Feast’s Hot Ones where she was able to go down memory lane. The Queens was shown a few photos from moments in time of her career where she has to tell the story of what happen and none other than rap icon 2 Pac popped up.

“They went crazy in there. They were like, ‘Take off your clothes!’ He took his shirt off anywhere. We had so much fun. But that was like my brother, and he’s the type of person if he loved you, if he was cool with you, he’d lay his life down for you. I miss him and I love him. Good times. And we were probably high.”

As Petty As It Gets: Carl Crawford Said F*c# It And Called Megan Thee Stallion A Whole Seahorse