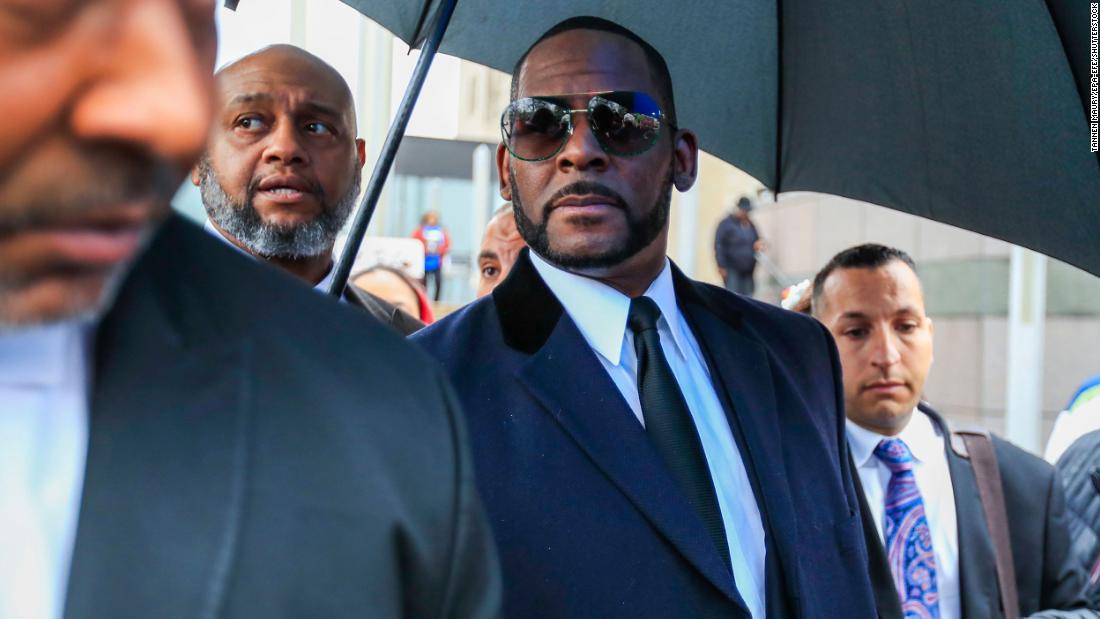 Disgraced R&B singer R. Kelly was sentenced to 30 years in prison Wednesday, according to the US Attorney’s Office for the Eastern District of New York, following his conviction last year on federal racketeering and sex trafficking charges stemming from his efforts over years to use his fame to ensnare victims he sexually abused.

Prosecutors had asked the judge to sentence Kelly, 55, to more than 25 years behind bars, while his defense attorneys asked for 10 or fewer, saying prosecutors’ request was “tantamount to a life sentence.”

Kelly, whose full name is Robert Sylvester Kelly, wore a tan prison uniform, dark-rimmed glasses and a black mask at Wednesday’s hearing, which survivors in the case also attended. The court heard impact statements from seven of Kelly’s victims, including Jane Doe 2, who testified at trial.

“It’s been 23 years since we knew each other, and you’ve victimized a lot of girls since then,” she said, addressing Kelly. She later added: “Now it’s your turn to have your freedom taken from you.”

A jury convicted Kelly last September on nine counts, including one charge of racketeering and eight counts of violations of the Mann Act, a sex trafficking law. Prosecutors from the Eastern District of New York accused Kelly of using his status as a celebrity and a “network of people at his disposal to target girls, boys and young women for his own sexual gratification.”

The five-week federal trial in Brooklyn included testimony from witnesses who said they were sexually and physically abused by Kelly. The court also heard from people involved with orchestrating the disgraced R&B singer’s 1994 marriage to the late singer Aaliyah when she was just 15 years old and he was an adult after she believed she’d gotten pregnant.

“No one can undo the harm that has been done to these victims,” attorney Gloria Allred, who represented three victims who testified, told reporters Wednesday outside court. “But at least it’s time for Mr. Kelly to be accountable.”

Defense attorneys and prosecutors argued Wednesday in court over whether Kelly even could pay a fine. The defense said he is “pretty close to indigent” and could not. Prosecutors disagreed, saying money from the sale of some of his music rights and millions of dollars in royalties held by Sony could cover any fine.

In the nine months since his conviction, Kelly has replaced his entire legal team with Jennifer Bonjean and her firm. Bonjean is the attorney who helped Bill Cosby get his sexual assault conviction overturned and also represented Cosby in a civil case he lost this month at trial.

Kelly is being held at a federal detention facility in Brooklyn and, once sentenced, was expected to be moved back to Chicago, where he faces another federal trial in August on child pornography and obstruction charges.