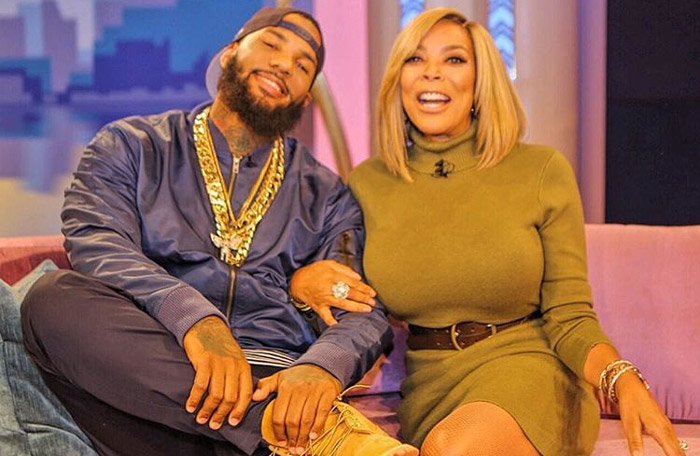 The Game has been on a roll this week of calling people out. He started this weekend by calling Meek Mill out, claiming he snitched on him about Sean Kingston being robbed at a L.A. nightclub. Now the rapper is calling out women that he’s slept with. Not just any women but famous women who all are currently in a relationship. The Game has already revealed that he has slept with Khloe and Kim now reveals the latest addition the family is on his list. He made claims of smashing three Kardashians on his 92 bars diss to Meek Mill. Today on the Wendy show he reveals who’s the third on the list, claiming he slept with Blac Chyna who will be a Kardashian once she and Rob tie the knot. Now we all know Wendy Williams love the scoop and she has no problem bating him about the lyrics of his 92 bars diss. Check it out below.