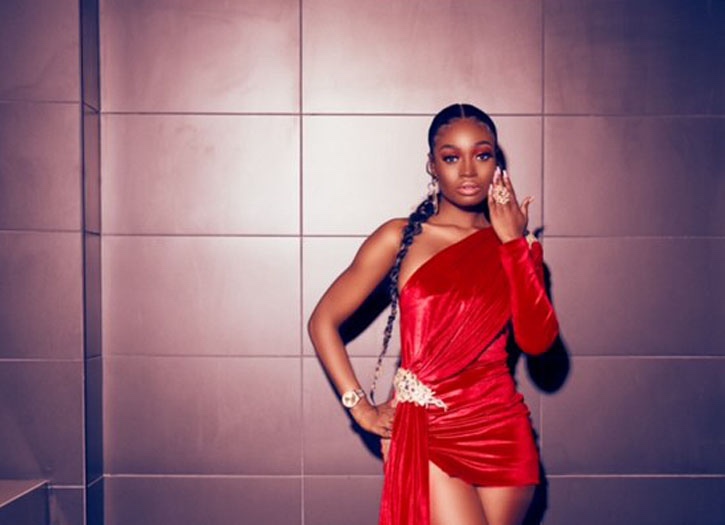 Nikki Natural was one of many newbies added to Love And Hip Hop Miami’s roster that has this season pretty lit. Things got heated pretty fast once Nikki auditioned for Trina’s all girls tour and rubbed the Queen Of Miami the wrong way. We caught up with Nikki to find out what really went down.

Where Is Nikki Natural originally from?
•Westside North Miami, Florida

-What made Nikki Natural want to Rap?
•Well I’ve always been into music, in-fact I come from a musical background. Damn near half of my family is into music. So its always been a dream of mine but life took me through a different course were I’ve found success but this is my true passion.

-Why did you pick LHHMIA to be a platform for you to be introduced to the world?
•I didn’t actually, it just fell into place like that. By way of Khaotic I met Trick Daddy then opportunity presented it’s self and I decided to try it out. Never did I think it would take-off like this.

-Do you think you made a mistake by how you represented yourself at Trina’s tryouts?
•The only mistake that I made was not negotiating how they edit me on the show. That day they made me perform 3 different songs, chopped those up in editing and made it seem like it was one song, smh. Also All of the other ladies only performed 1 song .. Trina and Joy made me perform 3 songs just so they can chop and screw my set ! That’s the Real reason behind me not battling the other girl because I had already out performed her!

– How did you met Trick Daddy? Like I said previously I met him through Khaotic & he shot his shot and I decided to give him a chance despite me not being physically attracted to him I said “maybe I’ll learn to like him” but that just didn’t workout

-Why do you think Suki, Hood Brat and the other girls disliked Nikki Natural?
•Pure jealousy! They don’t really like my confidence and when Trina jumped on the bandwagon it made it easier for them to hate on me or so they thought

–Will you be returning to LHHMIA next season?
•You’ll have to tune in to find out

-How hard is it to be a mother of 3 and pursue your career?
•It gets difficult at times because as a mother you tend to want to spend more time with your kids but this is my dream and I’m chasing this dream for them so those times when it gets hard they give me the strength to push through because at the end of the day , this is all for them !

Pras Reveals There Was Originally Two Females In The Fugees